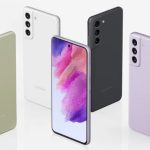 Samsung Galaxy S21 FE 5G that made its debut in India on January 10 has got its first update. As per the changelog, the smartphone has got the January 2022 security patch, improved stability, performance enhancements, and bug fixes. A successor to the Galaxy S20 FE 5G, the Galaxy S21 FE is a tweaked variant of the regular Galaxy S21. ... END_OF_DOCUMENT_TOKEN_TO_BE_REPLACED

Last night, Google unleashed its first stable release of Android 11 for pixel smartphones. While other manufacturers like OnePlus and Realme are still pushing out Android 11 beta for their users. However, Oppo is working in progress to unveil the Color OS 11 based on Android 11 on September 14. Google is expecting to collaborate with more branded partners to ... END_OF_DOCUMENT_TOKEN_TO_BE_REPLACED

HIGHLIGHTS PUBG Mobile now has 3.1 million US players Out of those, 1.7 million are on Android PUBG Mobile recently achieved 100 million downloads In a new development, the popular PlayerUnknown’s Battleground (PUBG) mobile game has managed to achieve three million players in the United States. According to the latest data from analytics platform App Ape, the PUBG Mobile game has crossed ... END_OF_DOCUMENT_TOKEN_TO_BE_REPLACED

HIGHLIGHTS The read receipt feature will let you see who has seen your message Skype has introduced it with the Insider Preview build 8.26.76 All iOS, Android, and desktop users on the preview build will see it Skype has rolled out a new Insider Preview update for Android, iOS and desktop clients, and it brings along the popular read receipts feature. This feature is ... END_OF_DOCUMENT_TOKEN_TO_BE_REPLACED

HIGHLIGHTS OnePlus has promised three years of security patches to all users CEO Pete Lau said that the 2019 OnePlus phone will support 5G The company is also working to partner with US carriers for next year OnePlus launched the 8GB RAM/ 256GB storage OnePlus 6 variant without the Marvel branding just days ago, and has priced it at Rs. 43,999. Now, the company has ... END_OF_DOCUMENT_TOKEN_TO_BE_REPLACED

HIGHLIGHTS Fortnite on mobile is the same game on consoles and PC Players on different devices can play together Access begins for iOS users from March 12 Fortnite Battle Royale is coming to Android and iOS. And what’s more is that it’s not like the pared down version of the smash hit game like PlayerUnknown’s Battlegrounds’ (PUBG) mobile efforts via Tencent. Developer Epic ... END_OF_DOCUMENT_TOKEN_TO_BE_REPLACED 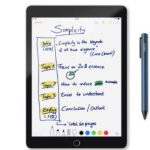 HIGHLIGHTS The Bamboo Tip comes with an anodised aluminium casing It is available for iOS devices and most Android devices It has a claimed battery life of 20 hours on a single charge Accessory maker Wacom on Tuesday announced the launch of the new Bamboo Tip fine-tip stylus for Android and iOS devices. The stylus has been designed for Android phones/ tablets, iPhone, ... END_OF_DOCUMENT_TOKEN_TO_BE_REPLACED

HIGHLIGHTS Nokia 2 to receive Android 8.1 Oreo update HMD Global CPO confirmed the development Nokia 2 likely to get some Android Go features alongside new Android Oreo After bringing the latest Android experience to the flagship Nokia 8, HMD Global is now set to directly provide Android 8.1 Oreo to Nokia 2. The handset was launched in October with Android 7.1 Nougat. It comes with an ... END_OF_DOCUMENT_TOKEN_TO_BE_REPLACED

HIGHLIGHTS All Mi A1 users are eligible to apply for the program Active users on the MIUI Global Forum will be selected for testing Xiaomi warns that this will not be a stable build Xiaomi is now inviting applications from beta testers for the Android 8.0 Oreo update that will roll out soon on the Xiaomi Mi A1. The announcement, posted on the official MIUI website, ... END_OF_DOCUMENT_TOKEN_TO_BE_REPLACED