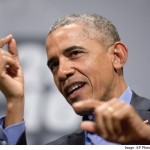 US President Barack Obama on Friday made a passionate case for mobile devices to be built in such a way as to allow government to gain access to personal data if needed to prevent a terrorist attack or enforce tax laws. Speaking at the South by Southwest festival in Texas, Obama said he could not comment on the legal case ... END_OF_DOCUMENT_TOKEN_TO_BE_REPLACED

March 8, 2016 Comments Off on US Appeals Ruling on Accessing Data in New York iPhone Case 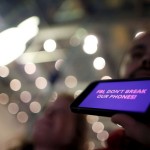 Gold Holds Near 13-Month High Ahead of US Jobs Data

March 6, 2016 Comments Off on Gold Holds Near 13-Month High Ahead of US Jobs Data 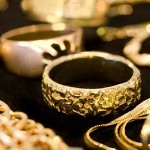 Manila: Gold edged lower on Friday, but was not far off a 13-month peak reached in the prior session when a weaker dollar and technical buying gave bullion its best day in two weeks. Investors are eyeing crucial U.S. nonfarm payrolls data due later in the day, where a strong reading for February could stall further gains in the precious ... END_OF_DOCUMENT_TOKEN_TO_BE_REPLACED

March 4, 2016 Comments Off on Xiaomi’s Mi Mover App to Help Transfer Data From an Old Device 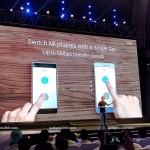 Xiaomi on Thursday at the Redmi Note 3 India launch announced its new Mi Mover app. The new app from Xiaomi helps move apps and data from an old device to a Mi Phone. The Mi Mover app supports multiple datasets, such as contacts, messages, photos, music, videos, documents, installed apps, and other data. It can be paired with another ... END_OF_DOCUMENT_TOKEN_TO_BE_REPLACED 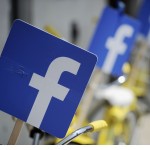 Facebook’s vice president for Latin America was released Wednesday, a day after being arrested for refusing to hand over WhatsApp messages to the police investigating a drugs case. Judge Ruy Pinheiro, in Sergipe state, ruled overnight that the detention of Diego Dzodan in Sao Paulo on Tuesday had amounted to “unlawful coercion.” “It seems to me that the extreme measure ... END_OF_DOCUMENT_TOKEN_TO_BE_REPLACED 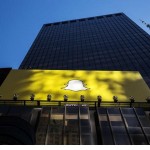 Snapchat says it’s “just impossibly sorry” for a recent data breach that exposed payroll information of some current and former employees on Friday. The Snapchat data wasn’t stolen by a coding mastermind who penetrated the company’s servers using some unknown flaw. Instead, it was stolen by an attacker who exploited a much simpler, more human vulnerability: trust. The attacker pretended ... END_OF_DOCUMENT_TOKEN_TO_BE_REPLACED 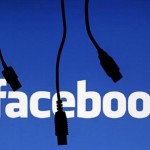 Brazilian police arrested a senior Facebook Inc executive on Tuesday as a dispute escalated over a court’s demand that the company provide data from its WhatsApp messaging service to help in a secretive drug-trafficking investigation. Court officials in Sergipe state confirmed that a judge had ordered the jailing of Facebook Vice President for Latin America Diego Dzodan. Federal police in ... END_OF_DOCUMENT_TOKEN_TO_BE_REPLACED 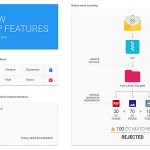 After introducing Data Loss Prevention (DLP) service last year, Google last month launched Optical Character Recognition (OCR) for Gmail that can now even read the email attachments for better security. This will prevent employees to leak company’s sensitive information to those who shouldn’t have it. The feature is only for paid Google Apps for Work Unlimited customers. While for email ... END_OF_DOCUMENT_TOKEN_TO_BE_REPLACED 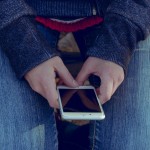 Personal information of millions of smartphone users is at risk due to in-app advertising that can leak potentially sensitive user information between ad networks and mobile app developers, a new study has found. The study by researchers from Georgia Institute of Technology in US examined more than 200 participants who used a custom-built app for Android-based smartphones. Researchers reviewed the ... END_OF_DOCUMENT_TOKEN_TO_BE_REPLACED

March 1, 2016 Comments Off on Opera Max Now Alerts You About the Background Data Consumption of Apps 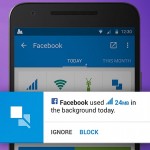 Facebook app was recently accused of eating up a huge chunk of Internet data, battery, and other resources on a user’s iPhone and Android smartphone. But it turns out, it is not the only app to exhibit such habits. A new study from Opera finds that many popular apps including WhatsApp account for a significant data drainage. Opera also claims ... END_OF_DOCUMENT_TOKEN_TO_BE_REPLACED

Share !
Page 4 of 5«12345 »
to in With for and of on India The Launched at Samsung Launch A iPhone Android Galaxy More Apple Rs New Be 7 Price Google