HIGHLIGHTS The Bamboo Tip comes with an anodised aluminium casing It is available for iOS devices and most Android devices It has a claimed battery life of 20 hours on a single charge Accessory maker Wacom on Tuesday announced the launch of the new Bamboo Tip fine-tip stylus for Android and iOS devices. The stylus has been designed for Android phones/ tablets, iPhone, ... END_OF_DOCUMENT_TOKEN_TO_BE_REPLACED

HIGHLIGHTS PUBG will be hitting mobile devices As of now it’s been announced for China only The country constitutes to 40 percent of the game’s player base PlayerUnknown’s Battlegrounds (PUBG) will be coming to mobile devices. Tencent — PUBG’s China publisher will be working with the game’s developer Bluehole to bring PUBG to mobile devices for the Mainland China market. ... END_OF_DOCUMENT_TOKEN_TO_BE_REPLACED

HIGHLIGHTS The Play Protect card in Google Play will also show up soon The feature can be found in security settings The feature was announced at Google I/O earlier this year At Google I/O 2017 earlier this year, the search giant announced its Google Play Protect feature that essentially notifies users when a particular app starts behaving abnormally or is considered unsafe. Google has now reportedly ... END_OF_DOCUMENT_TOKEN_TO_BE_REPLACED

HMD Global has time and again stressed how it has prioritised software support, and has even made headlines on the steps it is taking to keep its promise. Now, the Nokia 5 and Nokia 6 are receiving the August security patch on the same day as the Google Pixel and compatible Nexus devices. Furthermore, Chief Product Officer at HMD Global, Juho Sarvikas reiterates on social media that the ... END_OF_DOCUMENT_TOKEN_TO_BE_REPLACED

One of the common issues faced by users is lack of space to place all their gadgets. Thankfully brands have taken notice and launched compact devices across categories. HP Deskjet Ink Advantage 3700 Price: Rs 5,999 This is the world’s smallest inkjet all-in-one printer. Weighing just 2.3kg, it is almost half the size in comparison with other available all-in-one printers. Even though ... END_OF_DOCUMENT_TOKEN_TO_BE_REPLACED 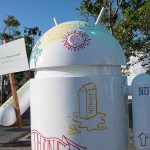 Google’s Android Nougat has finally crossed the 1 percent mark in the monthly Google Play distribution data. The latest distribution numbers confirm that Android Nougat is running on 1.2 percent of active devices with Android 7.0 on 0.9 percent and Android 7.1 on 0.3 percent devices. Considering that Android 7.0 Nougat was officially made available to Nexus devices in August, ... END_OF_DOCUMENT_TOKEN_TO_BE_REPLACED 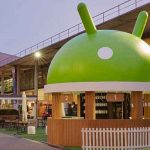 Chinese telecom major ZTE is planning to launch up to 8 new devices in the next few months as it looks to grab 3-4 percent share of the Indian market. The company, which launched its Blade A2 Plus smartphone in India at Rs. 11,999, will focus on the mid-range price segment (Rs. 7,000 – Rs. 20,000). “We have been a ... END_OF_DOCUMENT_TOKEN_TO_BE_REPLACED

February 2, 2017 Comments Off on Blackphone 2 Receiving an Update That Bricks Black Market Devices 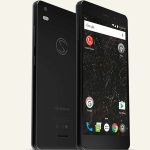 Silent Circle, the manufacturer of the security-focused Blackphone smartphones, is releasing an update that bricks Blackphone 2 phones bought from the black market. The update in question is SilentOS 3.0.8 and it reads the IMEI number of the device. On checking, the update bricks the device. A notification popup appears on the screen of the counterfeit device that says, “This ... END_OF_DOCUMENT_TOKEN_TO_BE_REPLACED

Google on Monday released the public beta of the Android 7.1.2 Nougat update, which is the next maintenance release for Android Nougat. The company is also rolling out the beta to eligible devices enrolled in the Android Beta Program. Google claims that the new update is focused on fixing a number of bugs and also brings optimisations. The latest Android ... END_OF_DOCUMENT_TOKEN_TO_BE_REPLACED

Share !
Page 1 of 812345 » ...Last »
to in With for and of on India The Launched at Samsung Launch A iPhone Android Galaxy More Apple New Rs Be 7 Price Google