HIGHLIGHTS The iPhone SE was first launched in March 2016 Performance and camera quality is great for a two-year old phone An iPhone SE 2 is expected around September this year The iPhone SE 2 has recently been tipped for a launch in September this year, as dozens of leaks and rumours continue to circulate the Internet. Interestingly, one of the most notable aspects ... END_OF_DOCUMENT_TOKEN_TO_BE_REPLACED

The Xiaomi MIUI 9 7.12.28 update brings the significant change to Redmi 5, Mi MIX 2, and others HIGHLIGHTS Gesture based controls will arrive with MIUI 9’s global beta ROM Gesture controls will resemble the ones seen on iPhone X Other bug fixes will also be a part of the beta ROM Apple’s iPhone X, earlier this year, eliminated the need ... END_OF_DOCUMENT_TOKEN_TO_BE_REPLACED

HIGHLIGHTS Pixel 2 offer includes a flat discount, apart from a card-based discount Flipkart’s Big Shopping Days sale will be held from Thursday There will also be discounts on iPhone 7 and Xiaomi Mi A1 The Google Pixel 2 is the company’s latest offering in the premium smartphone segment but the steep pricing has been putting off a lot of prospective buyers, ... END_OF_DOCUMENT_TOKEN_TO_BE_REPLACED

Later today, Apple will release iOS 11, the latest iteration of the software on its iPhones and iPads. Here’s a quick rundown on what’s new, and what to look out for as you update: What’s new New control center. Apple completely redesigned the control center in iOS 11, which is now customizable. You can change to add and remove toggles and ... END_OF_DOCUMENT_TOKEN_TO_BE_REPLACED

iPhone owners should not close their open apps, it could cost them battery life If you own an iPhone, you’ve probably heard the myth that closing down all of your open iOS apps will save battery life. Whether the theory actually works has long been a topic for debate amongst iPhone owners. However, we may finally have a definitive answer ... END_OF_DOCUMENT_TOKEN_TO_BE_REPLACED

HIGHLIGHTS You can easily back up data stored on your iOS devices You can do this via iCloud or iTunes The process is simple and costs nothing in most cases If you lose or damage your iPhone, iPad, or iPod touch, you don’t want to be losing all of your data. Think about all of the pictures, videos, messages, passwords, and other files ... END_OF_DOCUMENT_TOKEN_TO_BE_REPLACED

Verizon, AT&T and the rest of the US wireless industry have a big boast for this year’s crop of smartphones: thanks to network upgrades, devices will be able to download as much as a gigabit of data in a single second – speeds 100 times faster than before. But that won’t be the case for Apple’s newest iPhones, devices to ... END_OF_DOCUMENT_TOKEN_TO_BE_REPLACED 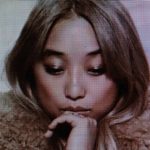 Elle Australia has unveiled a new issue with a cover and fashion spread shot entirely on an iPhone. In a world-first for a fashion publication, Australian photographer Georges Antoni captured digital disruptor Margaret Zhang using an iPhone 7 for the June issue, on stands on Monday. Fashion consultant Margaret Zhang as she appears in the new issue of Elle Australia, on ... END_OF_DOCUMENT_TOKEN_TO_BE_REPLACED

KGI analyst Ming Chi Kuo in a new note to his clients has predicted a few more things about the iPhone 8. In his note, Kuo reiterates that the iPhone 8 will ditch the home button for a full-screen design. This additional real estate will used to have a function area towards the bottom of the display that will bring ... END_OF_DOCUMENT_TOKEN_TO_BE_REPLACED

iPhone 8 rumours are coming in every day, and today’s set of leaks shed light on the metal and glass combination build of the device, some sort of augmented reality (AR) integration, and the removal of the dedicated fingerprint sensor. The iPhone 8 should get rid of the fingerprint reader on the physical Home Button, and look to embed it ... END_OF_DOCUMENT_TOKEN_TO_BE_REPLACED