Lenovo brand Moto made a significant comeback in the US in the third quarter this year, almost doubling its volumes and market share annually and was the fastest growing brand, Counterpoint Research said on Saturday. The US smartphone shipments remained flat during the third quarter. Moto, ZTE, and LG registered strong gains and Verizon remained the largest smartphone sales channel, revealed Counterpoint’s Market Monitor programme. “Motorola jumped back ... END_OF_DOCUMENT_TOKEN_TO_BE_REPLACED

Google’s parent company Alphabet on Thursday reported profit in the recently-ended quarter leapt as money poured in from ads delivered to mobile devices and returns improved on “other bets.” Alphabet profit was up 32.4 percent to $6.7 billion (roughly Rs. 43,555 crores) on in the quarter on revenue that increased 24 percent to $27.8 billion (roughly Rs. 1,80,724 crores), up 24 percent from the ... END_OF_DOCUMENT_TOKEN_TO_BE_REPLACED

A measure of U.S. small-business confidence rose in July, boosted by strong hiring and an improving economic outlook, according to a National Federation of Independent Business report released on Tuesday. The group’s Index of Small Business Optimism USOPIN=ECI rose to 105.2 from 103.6 in June. The rise was the index’s first since January. Business owners signaled optimism in their ability ... END_OF_DOCUMENT_TOKEN_TO_BE_REPLACED 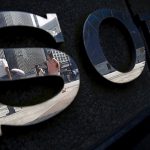 Sony said Tuesday its fiscal first half net profit dived owing to a sharp rally in the yen and losses linked to the sale of its battery business. The Japanese electronics giant, which has been shedding assets as part of a broad restructuring, said it had a JPY 26 billion ($248 million or roughly Rs. 1,655 crores) net profit in ... END_OF_DOCUMENT_TOKEN_TO_BE_REPLACED 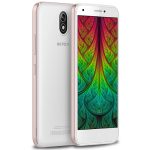 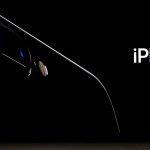 US wireless carriers Sprint Corp and T-Mobile US Inc said on Tuesday they received strong pre-orders for Apple’s iPhone 7, sending shares of the world’s most valuable listed company up 3 percent. Sprint said pre-orders were up nearly four times, compared to last year. Pre-orders also rose nearly four times at T-Mobile, compared with its next most popular iPhone. However, ... END_OF_DOCUMENT_TOKEN_TO_BE_REPLACED 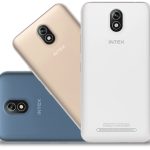 After launching the Aqua Power HD 4G last month, Intex has added another smartphone to its Aqua series. The Intex Aqua Strong 5.1 has been listed on the company website with a price of Rs. 5,599, however the company has not yet provided details about availability – we can expect an announcement soon. As for the specifications, the Intex Aqua ... END_OF_DOCUMENT_TOKEN_TO_BE_REPLACED 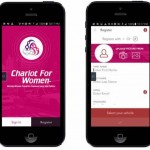 US entrepreneur Michael Pelletz’s project of a rideshare service for women and children with vehicles driven by women has prompted such interest that he is postponing the service’s launch date. Chariot For Women, fully funded by its founder and close associates, was initially set to kick off on Tuesday. Interest in the service has largely been driven by the apprehension ... END_OF_DOCUMENT_TOKEN_TO_BE_REPLACED 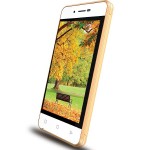 Intex has unveiled its new 4G-enabled budget Aqua 4G Strong smartphone at a price of Rs. 4,499. The smartphone is now listed on the company’s site though no availability details are provided. Intex lately has been expanding its 4G smartphone portfolio with launches in sub-Rs. 10,000 category. Last month, the Intex Aqua Raze and Intex Aqua Wing were launched at ... END_OF_DOCUMENT_TOKEN_TO_BE_REPLACED