You can try but you can’t hide seems to be the mantra of Facebook’s advertising system that utilises users’ location to target ads. One American researcher recently discovered that there is virtually no way to stop Facebook from trying to determine your location even if you have turned off Facebook’s access to your location every way possible. The inability to stop ... END_OF_DOCUMENT_TOKEN_TO_BE_REPLACED

It may be that you caught a couple of things Donald Trump said or did this week; it’s not every day the president of the United States fires the FBI chiefinvestigating his own campaign. But a few other key moments may have passed you by. Last weekend As supporters and opponents digested the provisions of the healthcare bill passed by ... END_OF_DOCUMENT_TOKEN_TO_BE_REPLACED

Your Phone May Be Listening to Ultrasonic Signals for Better Ad Tracking: Report

November 15, 2016 Comments Off on Your Phone May Be Listening to Ultrasonic Signals for Better Ad Tracking: Report 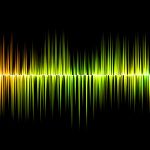 For years, we’ve had phones with always-on listening capabilities. Starting with the first Moto X in 2013, followed by such devices as the Nexus 6 in 2014 and the iPhone 6s in 2015, many smartphones today can wake up from standby by saying hotwords like “Ok, Google” or “Hey Siri” respectively. Today the same technology is applied to smart ... END_OF_DOCUMENT_TOKEN_TO_BE_REPLACED