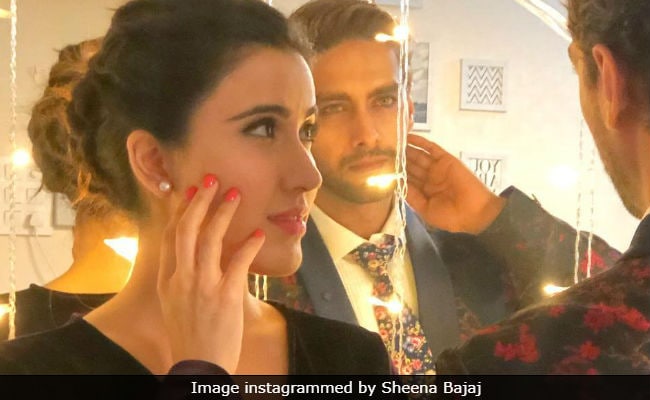 Mariam Khan – Reporting Live actress Sheena Bajaj and Porus star Rohit Purohit are all set to get married come January, reports Times Of India. Sheena confirmed the reports about her wedding to Rohit and said: “The wedding is on January 22 and the pre-wedding functions, including mehndi, haldi, sangeet and engagement, will be held on the previous day. All functions will be held in Jaipur.” Rohit added that the ceremonies will be held as per both, Punjabi and Marwari traditions. Sheena and Rohit met on the sets of 2014 television show Arjun and they started dating a few months after the show was taken off air.

Sheena Bajaj, who has featured in shows such as Best of Luck Nikki, Thapki Pyar Ki and Tujhse Hai Raabta, told Times Of India that she had asked Rohit out after their show Arjun was over.

Recently, several gossip columns published reports of Sheena and Rohit’s reported break-up but speaking to Times Of India, Sheena said that it was just a “small fight.” She said: “It wasn’t a break-up. Like every normal couple, we too have our share of fights because we are poles apart. So, differences are bound to happen. We just took time off to give each other some space. I am fine with fights, but I won’t let that affect our relationship. I don’t want things to get escalated by a third party after our marriage.”

Meanwhile, Rohit Purohit, was last seen in recently concluded Porus, in which he played the role of Alexander, The Great. He has also starred in television shows like Chandragupta Maurya and Bharatvarsh.