Did that sharp sell-off make Live Nation an attractive buy today, or was there something structurally wrong with this report? Let’s take a look at three key details.

Live Nation’s total third-quarter sales fell 2% year over year, landing at $3.77 billion. That decline includes 4% lower concert revenue balanced against 5% higher ticketing sales and a 26% boost to sponsorship and advertising sales. Small changes to the bread-and-butter concerts division, which accounted for 84% of total sales in this period, can move the company’s headline needles as much as far larger changes to the two smaller segments.

On the bottom line, adjusted earnings rose a mere 1.4% to $0.71 per diluted share. Adjusted operating income increased by 13%, but nearly all of those gains were erased by a 60% larger income tax expense. Roughly 85% of Live Nation’s tax costs in 2019 were incurred in foreign countries, including essentially all of the third quarter’s increased tax charges.

Your average Wall Street analyst had been looking for earnings near $0.77 per share on revenue in the neighborhood of $4.09 billion. It’s no surprise to see the stock take a nosedive after the company reported significant misses across the board.

These attendance figures are a bit lumpy by nature. Zooming out to a full view of Live Nation’s year-to-date figures, you’ll find that the average attendance is down by a smaller 7% margin at approximately 2,900 fans per event. Still, the downtrend is hard to ignore even from that smoothed-out perspective.

It’s not bad enough to spark panic, but Live Nation investors should probably keep an eye on these average attendance figures. The company can’t afford to let them slide too far south.

In the first half of the third quarter, Live Nation signed an agreement to take a controlling interest in OCESA Entretenimiento, the owner of Ticketmaster Mexico and a leading show promoter across Latin America.

That deal is expected to close by the end of 2019 or in early 2020, adding the management of 3,100 events per year to Live Nation’s portfolio. Terms of the deal have not been disclosed yet, but the company added $527 million to its balance sheet while refinancing some high-interest debt in October. Live Nation’s management expects that the resulting balance of $1.8 billion in cash equivalents will be more than enough to finance the deal while also running the company’s ordinary operations. 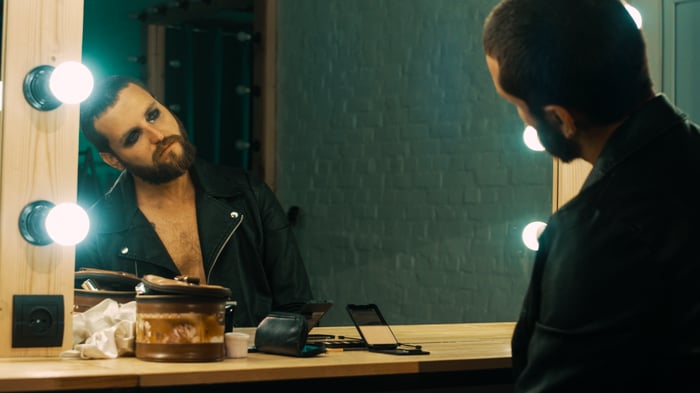 The upshot: I wouldn’t back up the truck today

So Live Nation’s stock is trading at a short-term discount today, but investors have still enjoyed a 40% gain over the last 52 weeks. These shares are richly valued, trading at 110 times trailing earnings and 34 times free cash flows. Meanwhile, this report’s undercurrents of flattish growth and weakening average attendance figures only add to my hesitation.

Let Live Nation complete its Latin American expansion and turn around that ugly trend in event attendance, and only then would I start thinking about taking a position. This is not the time to take that plunge.