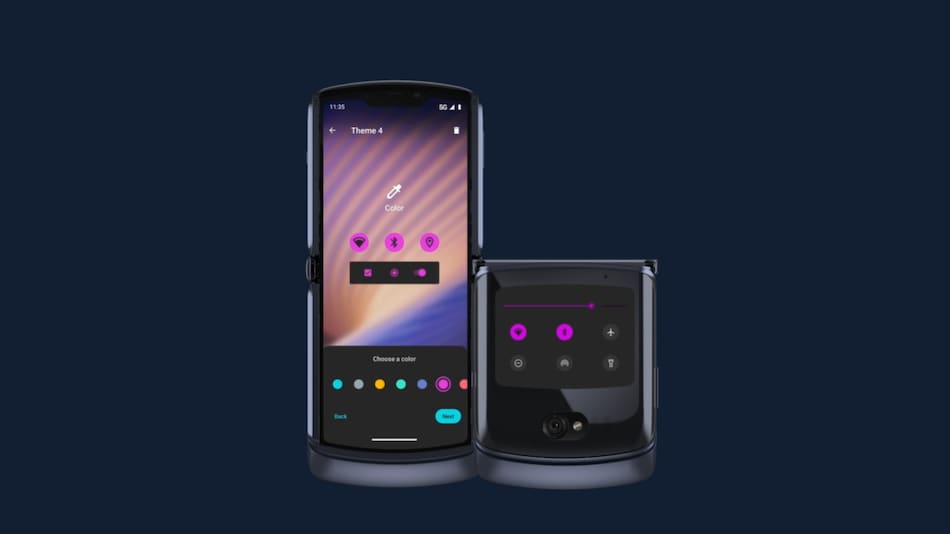 Motorola has confirmed that it is working on a new Razr-branded smartphone expected to be the Motorola Razr 3. This smartphone, codenamed Maven, has been a part of the rumour mill for some time. Now, a newly leaked alleged hands-on video has offered a glimpse at its new design. According to this leaked video, Motorola has gone for a design resembling Samsung’s Flip smartphones. It supposedly has lost its thick Razr chin at the bottom. Furthermore, there is purportedly no crease on the inner folding screen.

The alleged Motorola Razr 3’s hands-on video was shared by notable tipster Evan Blass (@evleaks) on Twitter. The handset is depicted to feature dual cameras on the back and a centrally-placed hole-punch camera on the inner folding screen. There is supposedly a side-mounted fingerprint sensor/ power button and this Razr smartphone purportedly retains the big external screen.

Motorola Razr 3 availability (expected)
Motorola had previously teased the Motorola Razr 3 to arrive globally in June 2022. However, recent reports suggest this smart will first launch in China in late July or early August before its global launch. This smartphone has been tipped to offer Quartz Black and Tranquil Blue colour options.
Motorola Razr 3 specifications (expected)
The Motorola Razr 3 is expected to feature a Qualcomm Snapdragon 8 Gen 1 SoC paired with up to 12GB of RAM and 512GB of onboard storage. It is supposed to feature an AMOLED display with a 120Hz refresh rate. This primary display is also expected to have a full-HD+ resolution and a 20:9 aspect ratio. It is supposed to feature an unspecified secondary display as well.