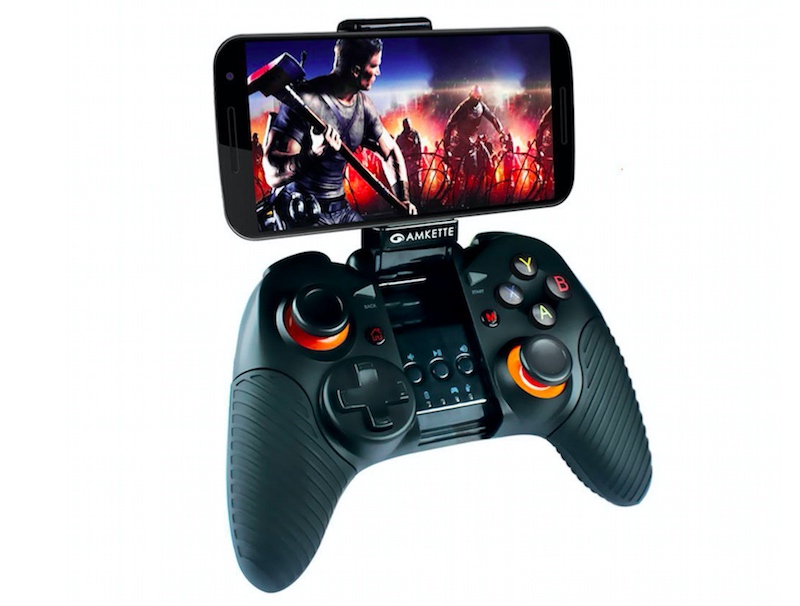 If you liked the Evo Gamepad Pro, you might find Amkette’s new offering interesting. The Indian electronics company announced on Tuesday the launch of the Evo Gamepad Pro 2. The highlights of the new gamepad, which works with Android smartphones, is the inclusion of media control buttons and an improved design. The Evo Gamepad Pro 2 is available for purchase at Rs. 2,899 from e-commerce website Amazon India.

The Evo Gamepad Pro 2 comes with an improved clamp spring for facilitating easy docking of your smartphone. The trigger and bumper buttons have also seen some improvements. There are multimedia keys to allow a user to quickly control volume, the company said.

Among other features, the Evo Gamepad Pro 2 comes with Sleep mode, which turns off the gamepad after 8 minutes of no activity. There’s also a new button to quickly allow users to switch between mouse and Gamepad controls.

As for technical details, the Amkette Evo Gamepad Pro 2 utilises Bluetooth 3.0 for interaction and has a range of 10 metres. It uses a 400mAh rechargeable Li-Polymer battery.

“We have received great response for the Evo Gamepad Pro. It has become huge with smartphone gamers. The upgraded version has some enhanced features and has the potential to become a necessity for Android gamers,” said Mr. Rajiv Bapna, Director, Amkette.

“Smartphone gaming in India continues to evolve. Last year, Over 120 million Indians were called “Mobile Gamers”. The number is going to increase in the coming year as well as the ecosystem around smartphone.”
[“source-gadgets.ndtv”]