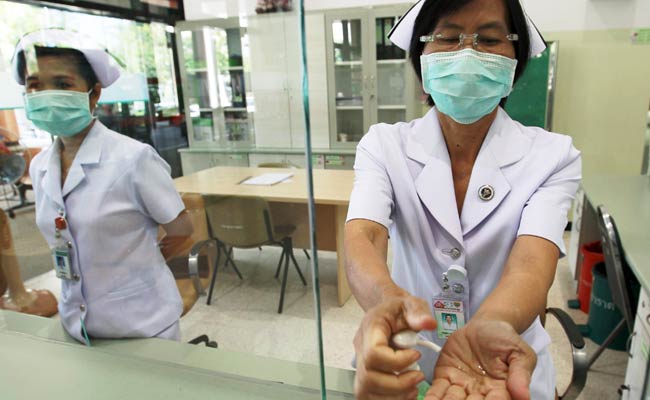 The treatment – an antibody that blocks the MERS virus – was produced by cows that had been genetically modified to mimic certain aspects of the human immune system.

New York:  A new treatment for Middle East Respiratory Syndrome (MERS) has been found to protect mice from infection, according to a study.

MERS, a disease that can cause severe respiratory symptoms and has a death rate of 40 per cent, has killed nearly 600 people since it was first discovered four years ago in Saudi Arabia.

The treatment – an antibody that blocks the MERS virus – was produced by cows that had been genetically modified to mimic certain aspects of the human immune system.

These cows were given a new MERS vaccine that led to production of anti-MERS antibodies in large quantities.

These antibodies were then purified to produce the therapeutic that was tested in the MERS-infected mice.

“These results are very promising,” said on
e of the lead researchers on the study Matthew Frieman, associate professor of microbiology and immunology at the University of Maryland School of Medicine in the US.

“This is important not only because it gives us a potential way to attack MERS, but also because it provides evidence that using these transgenic cows can rapidly produce therapeutics,” Frieman noted.

SAB, a biopharmaceutical company based in South Dakota, US provided the genetically modified cows, a technology that it invented.

Novavax, a vaccine biotech company based in Maryland in the US, provided the vaccine that triggered the antibody production in the cows.

The next step, which will occur in the next three to six months, will be a human clinical trial to test the safety of the therapeutic. If that works, a Phase 2 trial will follow to test whether it is effective for use in humans, in emergency situations, the researchers said.

[“source-ndtv”]
Against Antibody found MERS Promising Study Therapy Virus: 2016-02-18
srijita
to in With for and of on India The Launched at Samsung Launch A iPhone Android Galaxy More Apple Rs New Be 7 Price Google