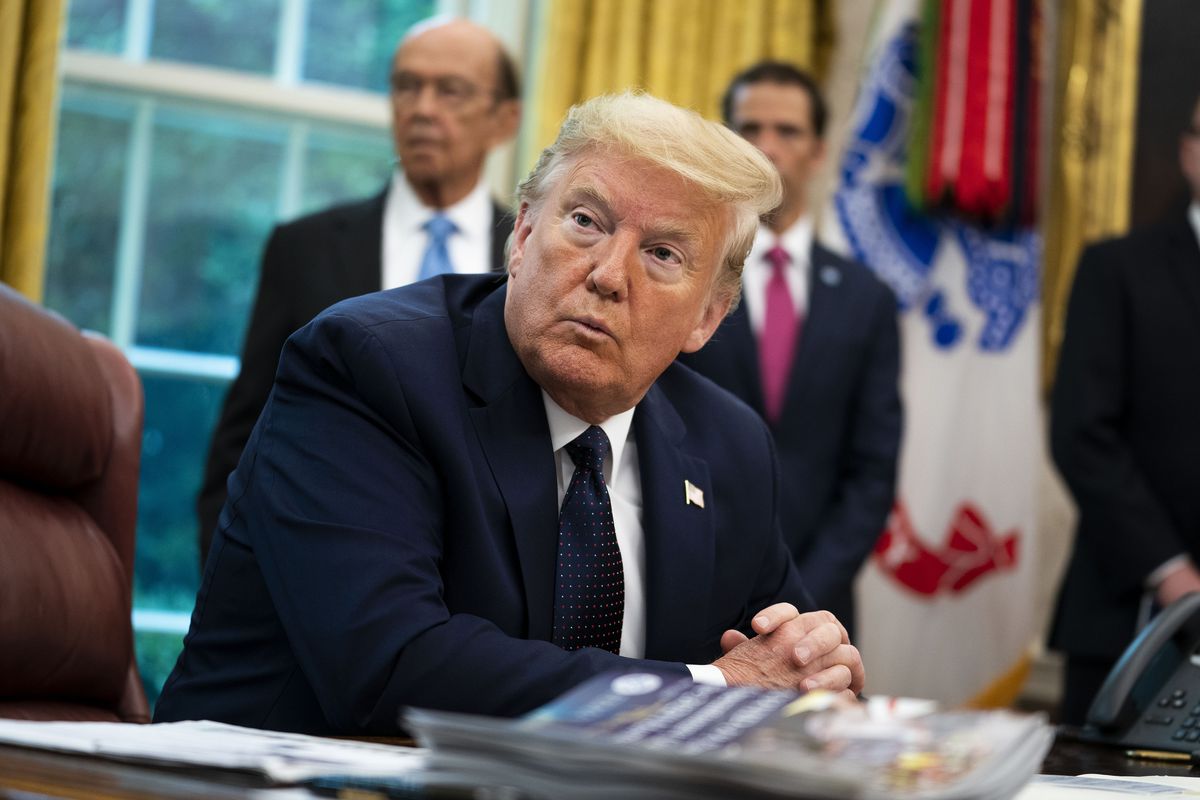 President Donald Trump signed an executive order on Thursday targeting tech companies like Facebook, Twitter, and Google and the pivotal internet law that provides them broad legal immunity over content posted by their users.

“We’re fed up with it,” Trump said in the Oval Office Thursday before signing the order, according to the Los Angeles Times.

The White House released the final executive order Thursday that could pare back platform liability protections under Section 230 of the Communications Decency Act. Under Section 230, internet companies have broad immunity from liability for the content their users post on their platforms. The draft order would open the door for the Commerce Department and the Federal Communications Commission to reinterpret the law and allow the Federal Trade Commission to create a tool for users to report bias online.

“That’s a big deal. They have a shield. They can do what they want,” Trump said Thursday. “They’re not going to have that shield.”

According to the order, the National Telecommunication and Information Administration has 60 days to file a petition for rulemaking with the FCC. Upon receiving the petition, the Trump administration is asking that the FCC reinterpret parts of Section 230 and decide what it means for a platform not to be acting in “good faith” under the provision.

Trump announced his plans to sign this executive order after Twitter fact-checked two of his tweets for the first time earlier this week. The tweets made false and misleading claims about mail-in voting and voter fraud, and Twitter labeled them with a link leading users to additional reporting about the issue.

Twitter addressed the order in a tweet Thursday night. “This EO is a reactionary and politicized approach to a landmark law,” the tweet said. “#Section230 protects American innovation and freedom of expression, and it’s underpinned by democratic values. Attempts to unilaterally erode it threaten the future of online speech and Internet freedoms.”

Facebook is a platform for diverse views. We believe in protecting freedom of expression on our services, while protecting our community from harmful content including content designed to stop voters from exercising their right to vote. Those rules apply to everybody. Repealing or limiting section 230 will have the opposite effect. It will restrict more speech online, not less. By exposing companies to potential liability for everything that billions of people around the world say, this would penalize companies that choose to allow controversial speech and encourage platforms to censor anything that might offend anyone.

In an interview with CNBC Thursday, Facebook CEO Mark Zuckerberg said no private company should act as “the arbiter of truth,” and that social media platforms, especially like Facebook and Twitter, “shouldn’t be in the position of doing that.”