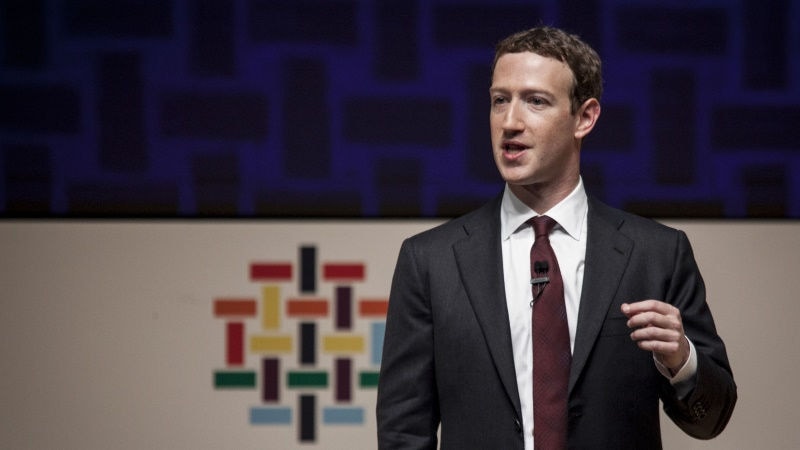 The crisis-management playbook is pretty simple: Get ahead of the story, update authorities and the public regularly, accept responsibility and take decisive action. Crisis-management experts say that until Wednesday, Facebook was 0-for-4.

It was not until five days after the scandal erupted that Zuckerberg spoke up.

Meanwhile, some Facebook users have been leaving the social network or mulling the possibility , and Facebook’s stock is down 9 percent since Friday.

Facebook’s handling of the growing public-relations crisis is remarkable in that one of the world’s biggest companies seems not to be playing by well-established crisis-management rules.

“This will go down as the textbook case study as how not to handle a crisis,” said Scott Galloway, a New York University professor of marketing. “The only thing we know about this and are comfortable predicting is that it’s going to get worse.”

In his statement Wednesday — posted, of course, on Facebook — Zuckerberg acknowledged that mistakes were made, outlined changes the company has undertaken, and accepted responsibility for the problem.

Experts said acknowledging accountability was a positive but the fact that Zuckerberg didn’t outright apologise is a negative.

“My biggest skepticism is that we’ve seen this play before,” said Helio Fred Garcia, a professor of crisis management at NYU and Columbia University in New York. “They’re caught coming short of customers’ privacy expectations. They tweak procedures. But they don’t seem to learn from mistakes, don’t really seem to care.”

Most Fortune 500 companies adhere to well-established crisis-management rules. When video surfaced of a passenger being dragged from an overbooked United Airlines flight last April, for example, CEO Oscar Munoz at first hedged but then apologised . When Pepsi ran an ad last spring featuring Kendall Jenner that appeared to trivialize the “Black Lives Matter” movement, the company pulled the ad , saying, “Clearly we missed the mark, and we apologise.”

The point is to at least make an effort to seem remorseful to win back public trust, experts say. But despite user outcry on its own Facebook page and a call from Congress for Zuckerberg to testify about Facebook’s role in election-meddling, Facebook seems to be charting its own course.

“At this point, ‘Why did you wait so long to make a statement?’ is now news in itself,” Paul Argenti, a business professor at Dartmouth, said before Zuckerberg spoke up.

It’s a pattern Facebook has long followed, according to Garcia. Facebook hedged during its early days in 2007 over a controversial advertising program called Beacon that did not alert users it was sharing their activity, and it did so again in its response to Russian bots hijacking Facebook ad software during the Trump campaign in 2016.

Now that Zuckerberg has addressed the public, the PR flap may eventually be forgotten. But it will take a lot longer than if the company had addressed public concerns immediately, Garcia said.

[“Source-gadgets.ndtv”]
Analytica Cambridge Crisis Data Experts Facebook Mishandled Say scandal: 2018-03-22
Loknath Das
to in With for and of on India The Launched at Samsung Launch A iPhone Android Galaxy More Apple Rs New Be 7 Price Google