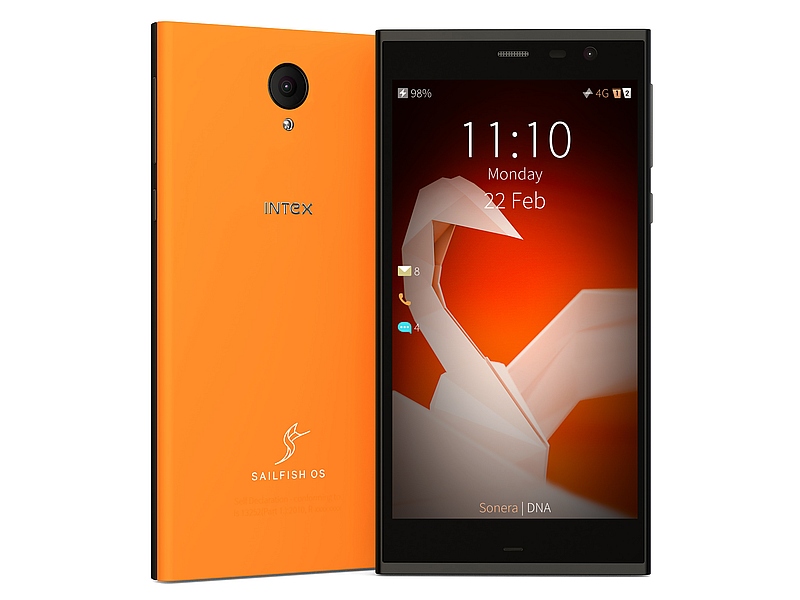 Intex, after showcasing a prototype Aqua Fish smartphone running Jolla Sailfish OS 2.0 in MWC Shanghai, has unveiled the handset at the MWC 2016 trade show that’s currently ongoing in Barcelona. The company had announced its partnership with Jolla and its plans to launch a Sailfish smartphone ‘within a few months’ back at MWC Shanghai in June last year.

Jolla, founded by Nokia’s former MeeGo software team that was shut down after the company decided to switch to Microsoft’s Windows Phone software in 2011, are currently the makers of Sailfish OS and associated devices. The company along with Intex on Wednesday announced the launch of Aqua Fish smartphone in India in April.

The dual-SIM supporting Intex Aqua Fish sports a 5-inch HD (720×1280 pixels) resolution TFT display and is powered by a 1.3GHz quad-core processor under-the-hood, clubbed with 2GB of DDR3 RAM. The latest Sailfish OS 2.0-based smartphone sports an 8-megapixel rear camera with LED flash alongside a 2-megapixel front-facing camera. Also housed is 16GB inbuilt storage, which can be expanded via microSD card (up to 32GB).

The Intex Aqua Fish supports 4G LTE connectivity along with Wi-Fi 802.11 a/b/g/n, Bluetooth 4.0, GPS, and Micro-USB 2.0. It is backed by a 2500mAh battery and will be available in Black and Orange colour variants, the report adds.

Jolla unveiled its Sailfish OS 2.0 at MWC in Barcelona last year. The updated OS brings an improved UI and new software integration capabilities for partners. Swiping left or right from the multitasking view in Sailfish OS 2.0 brings up partner spaces, which the company uses to monetise its OS. Intex also became the first company in the world to license Sailfish OS 2.0. To note, the operating system can run Android apps.

Intex last week launched its Cloud Crystal 2.5D in India at a price of Rs. 6,899. The smartphone features almost the same set of specifications except the processor, RAM and battery. The device is Powered by a quad-core processor (unspecified) clocked at 1GHz, clubbed with 3GB. The device is backed by a 2200mAh battery, rated to deliver up to 6-8 hours of talk time on 3G network, and up to 120 hours of standby time.

[“source-gadgets.ndtv”]
2.0 2016 Aqua at Fish Intex Launched MWC OS Sailfish With 2016-02-29
srijita
to in With for and of on India The Launched at Samsung Launch A iPhone Android Galaxy More Apple Rs New Be 7 Price Google