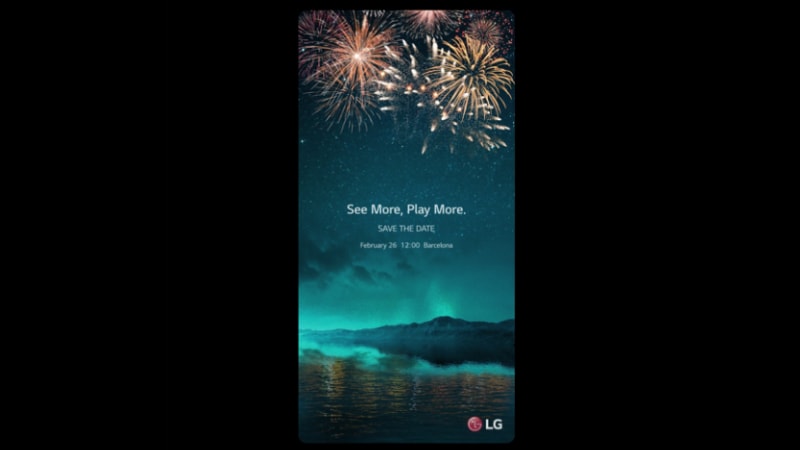 LG has announced its presence at MWC 2017, and has sent out invites for an event on February 26. The company’s invite has a silhouette of a smartphone, hinting that the LG G6 flagship will be unveiled at the tech conference.

The invite is pretty minimal with the tagline ‘See More. Play More’ in the centre. This hints at a large display size with a high pixel density, and the LG G6 is expected to come with a 5.7-inch QHD+ display. The event will begin at 4.30pm IST (12.00pm CET), with LG taking centre-stage in Barcelona.

The company has been teasing quite a few features of its upcoming flagship, and the LG G6 is expected to come with waterproofing abilities, a big screen, and a good grip design. As mentioned, the smartphone is expected to sport the company’s brand new 5.7-inch QHD+ (1440×2880 pixels) display with an aspect ratio of 18:9 and pixel density of 564ppi.
The LG G6 smartphone is also rumoured to be powered by the latest Qualcomm Snapdragon 835 processor coupled with 6GB of RAM. It is also said to pack a removable battery with Quick Charge 4.0 support. LG will most likely ditch the modular design on the G6.

LG is also reported to be running additional safety tests ahead of the actual launch. LG is expected to be adopting a new ‘heat pipe’ cooling technology to conduct heat away from the processor, used generally in laptops. Notably, the new heat pipe cooling system in G6 will help reduce temperatures by up to 6 to 10 percent by dispersing internal heat.

Lenovo has also confirmed that it is hosting a Moto event at MWC 2017, and is expected to launch the Moto G5 and Moto G5 Plus in Barcelona. HMD Global has confirmed an event on February 26 as well, announcing the arrival of more Nokia branded smartphones. Samsung is tipped to show off its Galaxy S8 to a select audience at MWC, and Xiaomi is also expected to make its presence felt there.