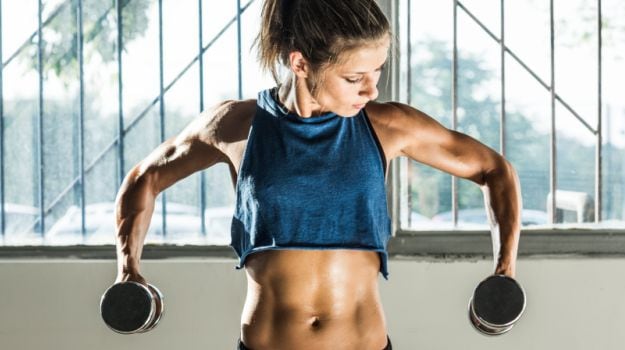 It can be one of the most exhilarating things you do during the workday, but nailing the lunchtime workout can be tricky. Should you eat before or after? How much should you pack? Shower? No shower? And most important, how much exercise can you pack in during a lunch hour?

The good news is that there are all sorts of tricks for getting the most out of your midday workout and several products that make it easier to navigate.

The key is to have a plan. The night before, pack a light bag of just the essentials: a change of underwear, travel-size deodorant and wet wipes – if you won’t have time for a shower.

Need to shower no matter what? Consider throwing in a bottle of dry shampoo to cut down the amount of time you spend away from your desk, said Tami DeVitis, an instructor at Vida Fitness in Washington. She also recommends (if your hair is long enough) wearing a ponytail that requires no maintenance post-workout.

Another way to stay prepared is to keep a pair of sneakers and toiletries in your desk at work. That way, you can just grab what you need and go. Personal trainer Lee Jordan has noticed clients bringing no more than what can fit into a rolled-up T-shirt. In other words, pack light.

You also should consider arriving at the office a little early just in case it takes you longer than expected to get ready, said DeVitis, who teaches several lunchtime classes.

Scarfing down a hoagie right before a run might not be the best idea, but you should eat something, said Nancy Clark, author of “Nancy Clark’s Sports Nutrition Guidebook.”

“The goal is to enter into your workout with a normal blood sugar level,” Clark said. “If you’re exercising at a pace you can maintain for a half-hour, your body can digest the food and use it during the workout. You could eat five minutes beforehand; it all depends on your tolerance level.”

If you’re planning a high-intensity workout of burpees or jump squats, she recommends eating a hearty breakfast. For less strenuous exercise, Clark said, it’s perfectly fine to eat a banana or half of your lunch before getting started.

What you eat post-workout is also very important. To recover from a tough routine, Clark says, down a smoothie, peanut butter sandwich, chocolate milk or any other mini-meals with a balance of carbohydrates and protein.

“Protein builds and repairs muscles, but it does not refuel muscles. Carbs fuel, so you actually want three times more carbs than protein,” Clark said. “The mistake people make these days is just having a protein shake after the workout, but you’d be better off having a fruit smoothie to get carbs and protein.”

– Where to work out

If you’re lucky enough to work near a park or somewhere with good trails, going for a run outdoors is a great way to break up the workday. Too cold? Hit the treadmill at the gym and add in some intervals – one minute of sprints followed by a 30-second jog for several rounds could help you get the most out of your run.

Circuit training is another option for burning calories that could also build muscle if you throw some weights into the mix. Jordan recommends four to five sets of compound exercises, the kind that work two or more parts of the body. You could, for instance, grab a pair of dumbbells for a squat with a bicep curl or lunges with a lateral raise.

“You can either time your reps, say 45 seconds or a minute, or do a set number, say 10 or 15 squats with a curl,” said Jordan, an American Council on Exercise-certified health coach.

If designing your own routine is a lot to ask, there are apps for that. Nike Training Club, Sworkit, Spitfire Athlete and a host of other apps have cardio and strength-training routines that you can do in 30 minutes.

Even Fitbit, the wearable fitness monitor, is getting in on the act. This month, the company released Fitbit Blaze, a touch-screen tracker that comes with access to the workout app FitStar. The app offers diagrams that show you how to execute the moves in each routine.

Game for a class? Just about every gym has a variety of 45-minute classes, allowing you enough time to get in, get to it and get going.

“Consider classes where you don’t get as sweaty, a barre class. You’re going to sweat, but you can clean yourself off and go,” DeVitis said.

Leaving the office in the middle of the day is a no-go for some folks. In that case, Jordan recommends heading to a stairwell, one without traffic, for a quick workout. All you need is a pair of sneakers, if that much, to do a few sets of calf raises on the stairs. Or you could do high-knee runs or squats or sprint up two flights for eight-to-10 minute intervals.