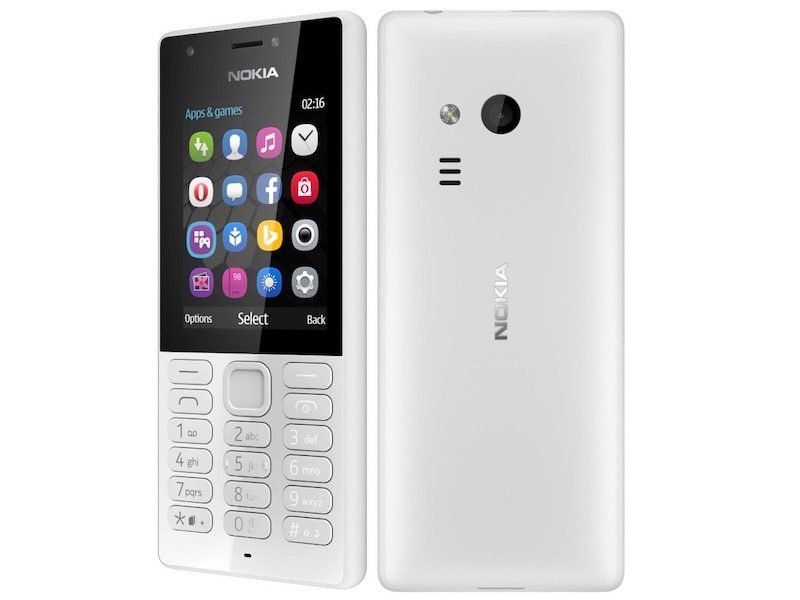 Feature phones still exist today and Microsoft is making sure of that. After launching the Nokia 230 Dual SIM in December at Rs. 3,869, Microsoft on Tuesday launched the Nokia 216 Dual SIM in India at a price of Rs. 2,495. The feature phone will be available in the country from October 24.

The Nokia 216 comes with a 2.4-inch QVGA display (240×320 resolution), running on Nokia Series 30+ operating system, with up to 32GB of storage via MicroSD card support. The handset features a VGA camera (0.3-megapixels) with an LED flash module on both the front and back.

Connectivity options include Micro-USB, 3.5mm AV connector, Bluetooth 3.0 with SLAM and HSP/HFP profile. The 216 Dual SIM comes with a smaller 1020mAh battery compared to the 1200mAh found on the 230 Dual SIM. Microsoft claims up to 18 hours of talk time and up to 19 days standby (for Dual SIM) for the Nokia 216.

Microsoft is also offering one free Gameloft game every month for a year and users can enjoy titles like GT Racing and Little Big City. Apps and games are available through the Opera Game Store.

The Nokia 216 Dual SIM measures 118.0×50.02×13.5mm and weighs 83 grams. The device is covered in a polycarbonate shell and will be available in Black, Grey, and Blue colour variants.

The launch of the Nokia 216 from Microsoft is surprising especially after the announcement by the company in May that it would sell its feature phone assets to FIH Mobile, a subsidiary of Hon Hai Precision that’s better known as Foxconn, and HMD Global in the second half of 2016. It is likely that the Nokia 216 Dual SIM will be the last feature phone from Microsoft once the deal is closed.

[“source-gadgets.ndtv”]
216 2495 at Dual Feature Flash Front-Facing Launched Nokia Phone Rs SIM With 2016-09-27
srijita
to in With for and of on India The Launched at Samsung Launch A iPhone Android Galaxy More Apple Rs New Be 7 Price Google