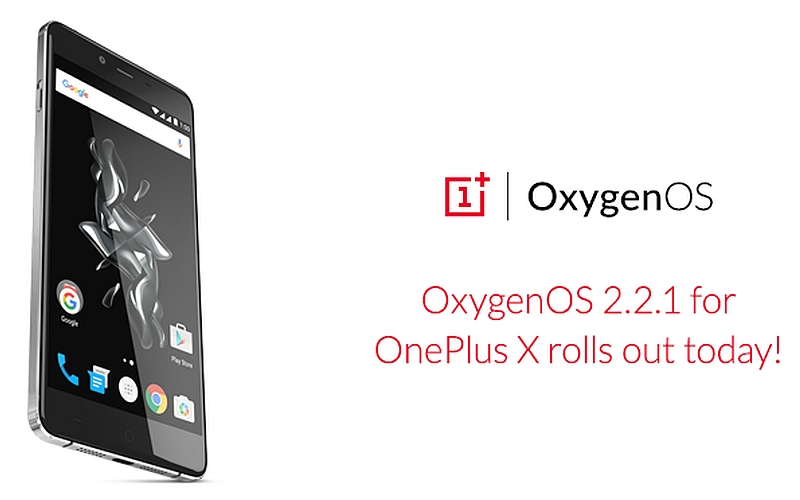 OnePlus last month rolled out its OxygenOS 2.2.1 update to its OnePlus 2 smartphone. It has now started rolling out the same update to the OnePlus X.

The Chinese tech firm brings a bunch of improvements and fixes for the OnePlus X as part of the update. The OxygenOS 2.2.1 fixes data leak issues faced when in roaming connections, microphone muting while using Google Hangouts, and app drawer not launching when the Google search bar is hidden.

Besides these fixes, the OxygenOS 2.2.1 for OnePlus X also includes GMS 3.0 upgrade, APN update to support Tigo carrier, security patch update, and general bug fixes and optimizations. The OTA rollout will be conducted in a phased manner, so it might take a while to reach all OnePlus X users, says the firm on its forum post. Users can manually check for the new update availability by going to Settings > About Phone > System Updates on their OnePlus X.

The smartphone in February received a hotfix update for the camera corruption issue. The OTA update however, kept the handset at OxygenOS 2.2.0.

Last week, OnePlus slashed the price of the OnePlus X handset in India. Now, the OnePlus X Onyx Edition is available via Amazon India at Rs. 14,999. It was launched in Rs. 16,999. The smartphone was invite-only at first, but it became available via general sale in February this year.

[“source-ndtv”]
2.2.1 Fixes Improvements Now OnePlus OxygenOS Receiving Update With X 2016-04-06
srijita
to in With for and of on India Launched The at Samsung Launch A iPhone Android Galaxy More Apple Rs New Be 7 Price Google