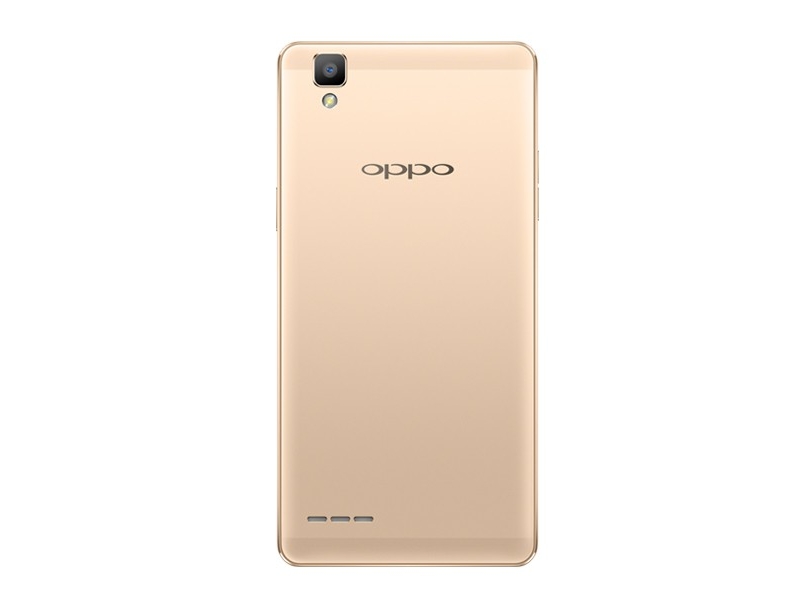 Oppo has launched its camera-focused F1 smartphone in India with a market operating price (MOP) of Rs. 15,990. The company also announced it will be bringing a variant of the smartphone, called the Oppo F1 Plus, to India in April at Rs. 26,990. The smartphone will be available to purchase from February in India, with exact availability varying from state to state.

The dual-SIM (Micro-SIM + Nano-SIM) supporting Oppo F1 runs on ColorOS 2.1 based on Android 5.1 Lollipop, sports an aluminium body and is slim at 7.25mm. It houses a 5-inch HD (720×1280 pixels) resolution IPS display protected by 2.5D Gorilla Glass 4 coating with pixel density of 294ppi. The smartphone is powered by an octa-core Qualcomm Snapdragon 616 SoC (four cores at 1.7GHz and four cores at 1.2GHz), Adreno 405 GPU, and 3GB LPDDR3 RAM clocked at 1866MHz are also included the handset.

In the camera department, the Oppo F1 bears a 13-megapixel rear camera with f/2.2 aperture and single LED flash. It also includes an 8-megapixel front-facing camera with wider f/2.0 aperture (1/ 4-inch sensor) along with software features such as Beautify 3.0, 8 live colour filters, and more. The display also doubles as the flash in low-light environments.

As for the connectivity, the smartphone supports 4G LTE networks (India bands supported), along with Wi-Fi, Bluetooth, GPS and Micro-USB connectivity.

At the time of its CES announcement, Oppo said the new F-Series smartphones will keep photography as its central focus. As per Sky Li, Oppo Vice President and Managing Director of International Mobile Business, the new series is said to “inherit the excellent camera performance and exquisite design tradition.”

The company detailed some specifications of the upcoming Oppo F1 Plus as well, including a 5.5-inch display and 4GB of RAM.

[“source-gadgets.ndtv”]
Encrypted Folders and More Oppo F1 Launched in India Price Specifications 2016-01-29
srijita
to in With for and of on India The Launched at Samsung Launch A iPhone Android Galaxy More Apple Rs New Be 7 Price Google