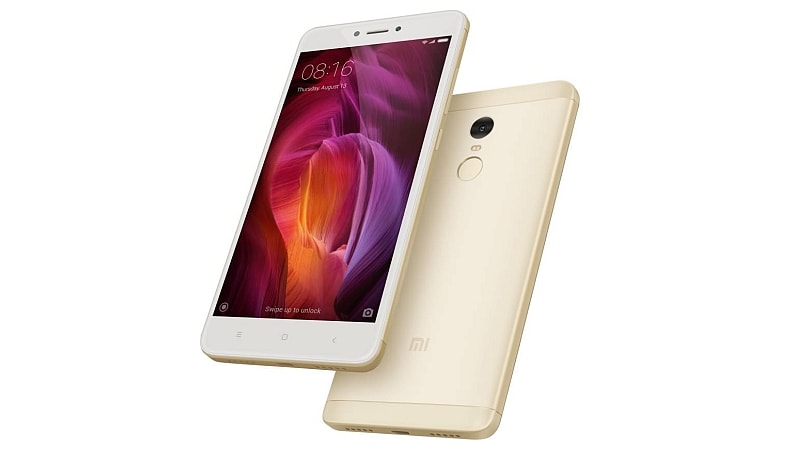 One of Xiaomi’s bestselling smartphones in India, the Redmi Note 4, can now be purchased at discounted prices, especially the 4GB + 64GB variant on Flipkart during the Big Billion Days sale. During the five-day sale, you can find the Redmi Note 4 (4GB + 64GB) for Rs. 10,999, down from Rs. 12,999. The company is also offering deals on a range of its products across all partner platforms including Amazon, Flipkart, Tata Cliq, Paytm Mall, Mi.com, and Mi partner stores.

Flipkart’s Big Billion Days sale kicked off on Wednesday and will go on till September 24, offering a number of deals on electronics including a range of Xiaomi products. Notably, the highest variant of the Redmi Note 4 can now be purchased with a discount of Rs. 2,000. Meanwhile, the 3GB + 32GB storage variant is now available for Rs. 9,999, down from Rs. 10,999. The lowest variant of the smartphone having 2GB of RAM and 32GB of storage was available for Rs. 8,999, but is currently out of stock on Flipkart at the time of writing.

On Xiaomi’s own website, the price of Redmi Note 4 is unchanged, so for those looking to buy the smartphone, Flipkart should be your choice. The Redmi Note 4 has been one of the company’s biggest selling smartphones in the country, having sold 5 million units within six months of launch. Last month, the handset was made available for open sale on Flipkart and Mi.com.

Both Amazon and Flipkart are also offering discounts on the Mi Max 2, Mi Router 3C, Mi Air Purifier 2, Mi Powerbanks and other audio accessories. The Mi Max 2 (4GB + 32GB and 4GB + 64GB) gets a price drop of Rs. 2,000 and will be available for Rs. 12,999 and Rs. 14,999, respectively during Amazon during the Great Indian Shopping Festival, while the same goes for Flipkart but only for the 4GB + 64GBvariant. Paytm and Tata Cliq will also offer discounts on the Mi Max 2 (4GB + 64GB) between September 21 to 24.

The Xiaomi Redmi 4A is also on offer with the 3GB + 32GB variant available for Rs. 6,999 on both Amazon and Flipkart. However, the 2GB + 16GB variant has already been claimed on Amazon, but will be available once again later today. The price of the Mi Router 3C has dropped to Rs. 899 on both Amazon and Flipkart, while the Mi Air Purifier 2 can be bought for Rs. 8,499, and the Mi 10000mAh power bank can now be purchased for Rs. 899.

Xiaomi says that festive offers across offline partners and Mi Home stores will begin from September 24 to October 2 on all its smartphones and accessories. Meanwhile the Mi.com Diwali with Mi sale will be between September 27 to 29 from 10:00am.

“The year 2017 has been a very successful journey for Xiaomi and during our 3 year journey, we sold more than 25 Million smartphones. Our product launches this year have been accepted widely and have gained an immense amount of interest from Mi Fans. After last year’s fantastic Diwali response where we sold more than 1 Million devices in less than 18 days, we have even bigger plans for our Mi Fans. We would like to make this experience count for them and continue to celebrate this year’s success with them,” Raghu Reddy, Head – Online sales, Xiaomi India said.