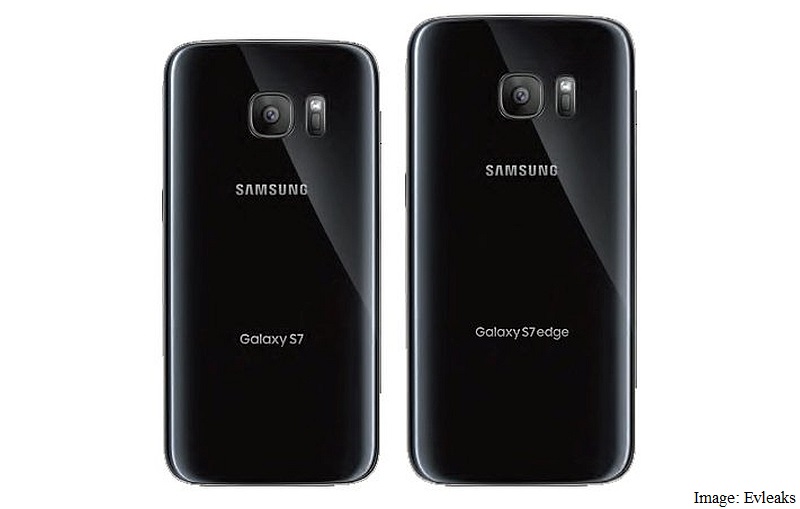 Soon after leaking images of the Samsung Galaxy S7 and Galaxy S7 Edge front panels, reliable tipster Evan Blass (aka @evleaks) has now posted an image claimed to be of the back panels of the two smartphones.

The image posted by @evleaks on Twitter on Monday shows the Black colour variants. The rear camera is seen placed at the centre with LED flash and sensors besides it. The company logo and the handsets names are seen at the middle and at the bottom respectively. Like the Galaxy S6 and Galaxy S6 Edge, the Galaxy S7 and Galaxy S7 Edge also appear to sport glass on their rear panels.

The new image comes soon after the tipster posted two images showing the front panels of the smartphone. According to the leaked images, both the Galaxy S7 and Galaxy S7 Edge look to retain the same design language as their predecessors.

In a separate report, the tipster added that the Galaxy S7 and the Galaxy S7 Edge will be featuring microSD card expansion support with a capacity of up to 200GB. Also tipped is that is year Samsung may use the always-on display (AOD) functionality on both the handsets. The feature however is said to consume around one percent battery every hour. In addition, the duo is said to get a bump in the battery capacities and will feature 3000mAh (Galaxy S7) and 3600mAh (Galaxy S7 Edge) batteries.

The company on Monday confirmed its pre-MWC “Galaxy Unpacked 2016” event for February 21 in Barcelona.
[“source-gadgets.ndtv”]