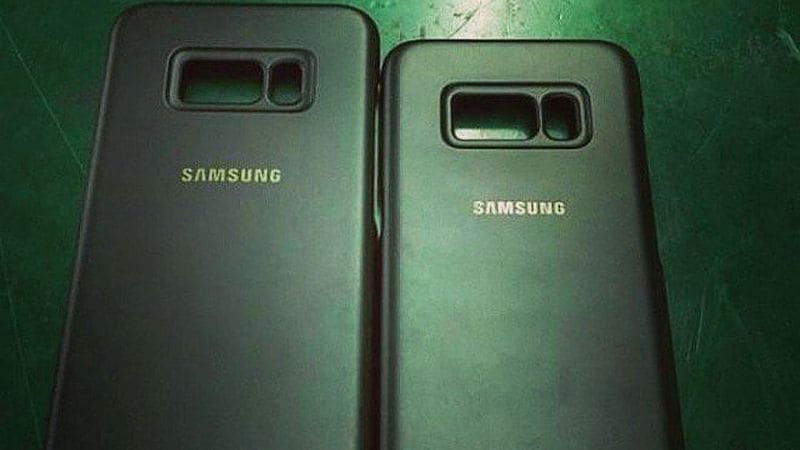 Samsung Galaxy S8 has been rumoured to come with design overhaul apart from other major features. A flurry of leaks have offered good amount of details regarding the upcoming Samsung flagship smartphone, and a new case leak has surfaced on the Internet offering a slightly better look at the possible design of the handset.

Samsung Galaxy S8 design
The new case leak also shows that Samsung Galaxy S8 will indeed feature the fingerprint scanner at the back corroborating to earlier leaks. There have been leaks pointing that Samsung may finally ditch its physical home button at the front. The new case leaks were obtained by an Italian publication HD Blog and are claimed to be official accessory from Samsung for the upcoming Galaxy S8. While the larger variant was expected to be the only one with a dual camera setup, the latest case leak tips both the smartphone variants will sport dual rear cameras.
Samsung Galaxy S8 screen sizes
Based on preliminary leaks, the Samsung Galaxy S8 is expected to come in two sizes – 5.8- and 6.2-inch. The new Samsung Galaxy S8 leaked case also tips at two screen sizes for the smartphone. The company is also said to be adding a dedicated button for Bixby – Samsung’s new AI assistant which will work with native apps as well. Older leaks tip screen sizes of 5 inches and 6 inches.

at Cameras Case Design Dual Galaxy Hints Leaked Overhaul: S8 Samsung 2017-02-09
srijita
to in With for and of on India The Launched at Samsung Launch A iPhone Android Galaxy More Apple Rs New Be 7 Price Google