April 25, 2018 Comments Off on Fish is the healthiest food you can include in your diet. Here’s why 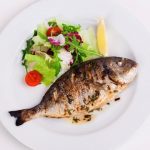 Almost every nutritionist worth her salt will tell you to consume more fish to reach your weight loss and fitness goals. Fish, they say, is the healthiest food you can include in your diet. However, until now, the reasons were not clear why dieticians and nutritionists included fish in most healthy diet. Omega 3 and -6 – present in large ... END_OF_DOCUMENT_TOKEN_TO_BE_REPLACED 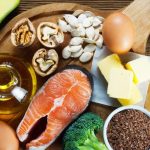 Most health advice doesn’t fail to mention inflammation. You probably know that you’re supposed to keep your body’s inflammation levels under check. But what exactly is it? And why is too much of it bad for you? Simply put, inflammation is part of the body’s immune response. A defense mechanism. As Pooja Thacker, nutritionist, Bhatia Hospital, Mumbai, puts it, “Inflammation ... END_OF_DOCUMENT_TOKEN_TO_BE_REPLACED 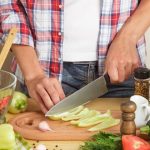 Let’s face it. Healthy food isn’t always the most exciting. If you’re like us, you’re dead tired of eating khichdi for dinners and ordering a sad-looking salad every time you go to a restaurant. Surely, there had to be sneaky ways we can include some fruits and vegetables into our meals. Fortunately, Harman Sawhney, brand chef, Hoppipola, Mumbai, agrees. Here’s ... END_OF_DOCUMENT_TOKEN_TO_BE_REPLACED 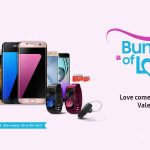 Samsung India is getting into the festive spirit, and has launched special offers to celebrate the occasion of Valentine’s Day. The company’s online store in India is offering many deals and discounts on wearables and smartphones till February 15. The smartphones with bundle offers include the Samsung Galaxy A9 Pro, Galaxy A7 (2016), Galaxy On Nxt, Galaxy J7 Prime, and ... END_OF_DOCUMENT_TOKEN_TO_BE_REPLACED 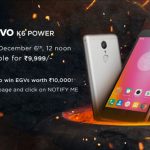 Lenovo launched the K6 Power budget smartphone this week in India. It has priced it competitively at Rs. 9,999, and will make it available exclusively on Flipkart in an open sale starting 12pm IST on December 6. Now, Lenovo has announced some launch day offers including discounts on accessories and exchange deals with the K6 Power smartphone. Flipkart is enabling ... END_OF_DOCUMENT_TOKEN_TO_BE_REPLACED 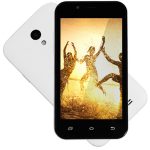 Ringing Bells, the Noida-based firm that ran into controversy after announcing a Rs. 251 phone five months back, claimed on Thursday it will start shipping the cheapest smartphone ever from Friday. In February, the company announced the Freedom 251 phone which saw a mad rush of over 70 million people jostling to register but when the prototype was presented to ... END_OF_DOCUMENT_TOKEN_TO_BE_REPLACED 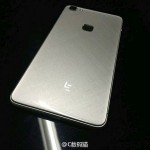 Few days back, a new LeEco handset was leaked in images and was claimed to be the successor to the popular Le 1s. The handset was rumoured to be dubbed the LeEco Le 2, though a new leaked image of a retail box label tips the smartphone may be called the LeEco Le 2 Pro – of course, it may ... END_OF_DOCUMENT_TOKEN_TO_BE_REPLACED

Drink for Health: 5 Juices You Should Include in Your Regular Diet

February 27, 2016 Comments Off on Drink for Health: 5 Juices You Should Include in Your Regular Diet 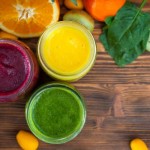 I am a huge fan of juicing. Whether it is your regular juices or the latestcold-pressed ones, nothing can beat the nutritional efficacy and the power of juices. I am not talking about the regular, palate pleasing orange juice or apple juice; those are excellent for health anyway. I am talking about certain food items that are usually not enjoyed ... END_OF_DOCUMENT_TOKEN_TO_BE_REPLACED

February 16, 2016 Comments Off on Obama’s $4 Billion Computer Science for All Program to Include Gaming 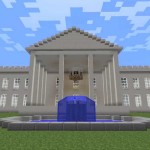 US President Barack Obama unveiled a $4 billion (Rs. 27,182 crores) plan to revamp the country’s education system, called the Computer Science for All initiative. Through this, $4 billion would be given to states, and an additional $100 million to school districts, with the aim to create or improve computer science learning programs in the nation. And it will feature ... END_OF_DOCUMENT_TOKEN_TO_BE_REPLACED