GameStop shares rose more than 22% in extended trading Thursday after The Wall Street Journal reported the retailer plans to create a marketplace for non-fungible tokens, often called NFTs. GameStop also plans to establish cryptocurrency partnerships to create games and items for the marketplace, according to the report, which cited people familiar with the matter. The report suggests that GameStop, which has been ... END_OF_DOCUMENT_TOKEN_TO_BE_REPLACED

The return of Brij Kishore Ahirwar, 45, and his family to his home district Jhansi in Uttar Pradesh from Haryana’s Bahadurgarh town was punctuated by hardship, loss of savings, accidents and other trials and tribulations. Nevertheless, they made it back in the shadow of the Covid-19 pandemic. It was six years ago that Brij Kishore left his home village Gichauli ... END_OF_DOCUMENT_TOKEN_TO_BE_REPLACED 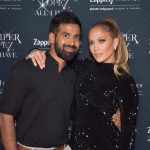 The teenage years can be assertive and rebellious and it was no different for Chennai-based Sarvesh Shashi, the CEO of fitness startup Sarva. “I was an arrogant and angry child before I turned 17,” he told ET. It was in the same year when he met his guru and was introduced to the discipline of yoga. This was the enlightening moment in ... END_OF_DOCUMENT_TOKEN_TO_BE_REPLACED

NEW DELHI: Many in leading technology services companies seem to be unhappy with the increments handed out to them in the last annual appraisal cycle (June-July), leading to a nearly 3x jump in the number of IT professionals searching for jobs, show the findings of a survey. The dipstick study, ‘The Rise in Active Job Seekers’ and conducted by staffing firm Xpheno, ... END_OF_DOCUMENT_TOKEN_TO_BE_REPLACED

Auto and ancillary sectors saw a 17% dip in jobs in July 2019 (Image: Reuters) The ongoing economic slowdown has hit employment in key industries such as automobiles and ancillaries, but it’s the IT and BPO sectors which offer some silver lining to those seeking jobs. While the IT industry has been the ruling employment provider for some months now, ... END_OF_DOCUMENT_TOKEN_TO_BE_REPLACED

The hullabaloo over the article written by one of the co-founders of Facebook, Chris Hughes, calling for Facebook to be broken up and regulated, so as to limit its pernicious effects on society and democracy, which Nick Clegg, the company’s Vice-President of Global Affairs and Communications and former Prime Minister of the UK, has already answered, has produced an unexpected but very meaningful idea: there’s ... END_OF_DOCUMENT_TOKEN_TO_BE_REPLACED

Facebook founder Mark Zuckerberg in his blog post on March 7 spoke about company’s way forward, privacy and data storage among others. Zuckerberg said, “People want to know their data is stored securely in places they trust. Looking at the future of the internet and privacy, I believe one of the most important decisions we’ll make is where we’ll build data centers ... END_OF_DOCUMENT_TOKEN_TO_BE_REPLACED

Top story: Facebook, Instagram told to shield young minds Good morning, Warren Murray here with your primer at the gates of dawn. Feelings of inadequacy driven by social media are driving a loss of hope in life among new people, a study suggests. The government has signalled it will make social media firms sign a legally binding code of conduct ... END_OF_DOCUMENT_TOKEN_TO_BE_REPLACED

Indian TV shows have been banned in Pakistan. Pakistan’s Chief Justice Saqib Nisar on Wednesday said that the country’s Supreme Court will not allow Indian content to be shown on Pakistani TV channels as it “damages our culture”. Nisar’s remarks came as a three-member apex court bench heard an appeal filed by the Pakistan Electronic Media Regulatory Authority (Pemra) against ... END_OF_DOCUMENT_TOKEN_TO_BE_REPLACED

Toni Fitzgerald Contributor Media I cover the business of television An outtake from one of three ads produced by Sandwich Video for a study by Wistia.Wistia Do you need to spend more on an advertisement for it to be effective? At a time when TV networks have become more saturated with commercials than ever before, this seems like a salient ... END_OF_DOCUMENT_TOKEN_TO_BE_REPLACED