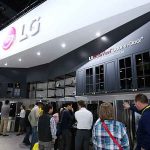 Post the Galaxy Note 7 debacle, several smartphone vendors are running additional safety tests on smartphones ahead of launch. LG, another South Korea-based smartphone brand, is one of the handset vendors that’s leaving no stone unturned when it comes to the safety of the upcoming G6 flagship. A report claims that LG is running additional safety tests ahead of actual ... END_OF_DOCUMENT_TOKEN_TO_BE_REPLACED 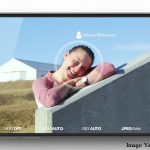 2017 is a big year for Apple as it marks ten years since the iPhone was launched. The company is looking to bring the iPhone 8 with major changes, and the smartphone is tipped to come with an all-glass body, and advanced wireless charging capabilities. Joining these ranks is improved dust and water resistance, if a recent leak is to ... END_OF_DOCUMENT_TOKEN_TO_BE_REPLACED 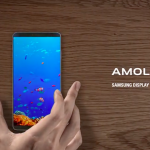 The Internet is indeed full of spoilers. Weeks ahead of the official unveiling of Samsung’s next flagship, likely named Galaxy S8, almost everything from the design right down to the hardware have been speculated online. On Friday, two separate reports emerged – one regarding the size variants and the other regarding 3D renders. Now, Samsung may have just revealed all ... END_OF_DOCUMENT_TOKEN_TO_BE_REPLACED 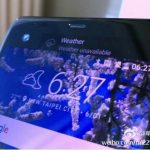 Even though HTC 10 was hailed as one of the best designed smartphones from last year by several mobile critics, the company might be changing few design elements with its upcoming phone. If the newly-leaked images are anything to go by, the upcoming HTC smartphone will borrow some of its design elements from companies like LG and Samsung. The leak ... END_OF_DOCUMENT_TOKEN_TO_BE_REPLACED

Apple’s next iPhone is nearly a year away, but leaks have started to pick up pace. The Cupertino giant is expected to bring significant changes to mark the ten-year anniversary of the iPhone, and initial reports indicate that three variants are in the offing. A fresh leak hints that Apple has exclusively partnered with Samsung to make 5.8-inch AMOLED displays ... END_OF_DOCUMENT_TOKEN_TO_BE_REPLACED 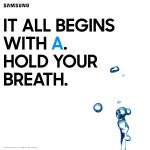 Earlier last month, rumours suggested that Samsung’s alleged Galaxy A7 (2017) smartphone will come with IP68 certification, making it highly resistant to dust and water. Now, the South Korean company has added further fuel to these rumours as it has teased water resistance feature for next generation of devices in its Galaxy A Series of smartphones – which are anticipated ... END_OF_DOCUMENT_TOKEN_TO_BE_REPLACED 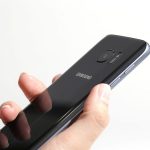 The Galaxy Note 7 debacle has put Samsung in a situation where it need a very strong product to bounce back. If recent rumours regarding the alleged Samsung Galaxy S8 smartphone are anything to go by, the company might be able to match the expectations with an extremely capable device – with 8GB of RAM. In the meanwhile, another rumour ... END_OF_DOCUMENT_TOKEN_TO_BE_REPLACED 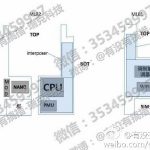 Leaks and rumours for upcoming iPhone launches are a not a new thing. In fact, the removal of 3.5mm headphone jack was rumoured for a round a year before Apple finally made it official with launch of iPhone 7 earlier this year. The leaks about the next year’s iPhone have already started coming and the latest one suggests that the ... END_OF_DOCUMENT_TOKEN_TO_BE_REPLACED

November 28, 2016 Comments Off on iPhone 8 May Sport LG-Made Dual Cameras for 3D Photography 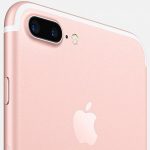 Apple is rumoured to be working with an LG subsidiary to bring 3D photography to iPhone 8. The Korean Economic Daily, citing people familiar with matter, reports that the Cupertino-based giant is working with LG Innotek to add a dual-camera setup to the next iPhone to capture 3D imagery. The sources claim that Apple is now “studying how to apply ... END_OF_DOCUMENT_TOKEN_TO_BE_REPLACED 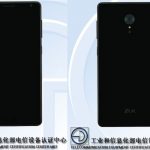 Lenovo has so far launched three smartphones under its Zuk brand and if a new rumour is to be believed, then the fourth handset in the series is on its way. Lenovo’s alleged Zuk Edge has been spotted in live images. The Chinese company has so far launched the Zuk Z1 (launched in August last year), Zuk Z2 Pro ... END_OF_DOCUMENT_TOKEN_TO_BE_REPLACED