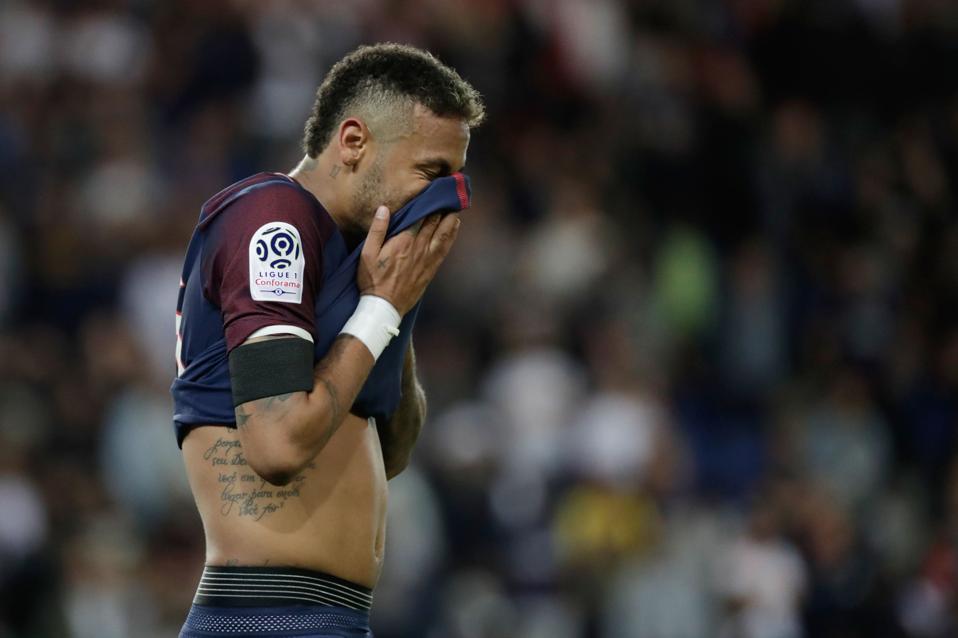 FC Barcelona is suing soccer superstar Neymar, alleging that he breached a contract by signing with competitor Paris Saint Germain. Barcelona wants Neymar to pay at least 8.5 million euro in damages based on a “loyalty bonus” that was paid out by Barcelona last year.

Nude pictures of Tiger Woods hit the web this week, which caused quite a stir in the sports community. The leak, which was accomplished by hackers, included many other celebrities such as Miley Cyrus.

A website that posted the photos has since taken them down after being threatened with legal action, but the pictures have already spread across the world.

“The hackers responsible for these despicable invasions of privacy should be prosecuted, and the websites that post the stolen photographs and videos should be held accountable, too, because they provide a platform for these lowlifes to showcase their ‘work,'” said attorney Andrew Brettler, who represents many of the victims of the hack.

Tiger Woods is also contemplating a lawsuit against the website Celeb Jihad.

Former NBA player Jamaal Tinsley has fired off a lawsuit against many people who were on his business team, including his former agent Raymond Brothers, alleging thathe overpaid them for their services. Under Tinsley’s standardized contract with Brothers, Tinsley was only supposed to pay the agent a 4% commission for monies earned through NBA contracts. But Tinsley claims he paid Brothers much more than that and believes he is entitled to a reimbursement.

The agent may try to remove the case from court and shift it to the National Basketball Players Association’s mandatory arbitration system since it relates to payments made pursuant to the standardized contract.

Yahoo Must Pay Out $5.5 Million Related To March Madness Promotion

Yahoo is one of the leaders when it comes to fantasy sports offerings, including what could be considered a part of that market — March Madness pools. But that profitable business has become a bit of a distraction this week when a court decided that Yahoo must pony up $5.5 million to a prize promoter after the service backed out of a promotional contract in 2014.

Clear breaches of contracts are commonly the easiest cases to win in court and Yahoo just learned that lesson.

New Jersey has become the sixteenth state to legalize daily fantasy sports after Governor Chris Christie signed a billinto law earlier this week. The bill had been waiting for Christie’s signature since early July.

“The law establishes multiple layers of oversight, placing New Jersey at the forefront of consumer protection nationally, and creating a new source of tax revenue with major potential for growth in the state,” said DraftKings and FanDuel spokesperson Marc La Vorgna. “On behalf of nearly 1.5 million fantasy sports fans in New Jersey, we want to thank Governor Christie and the legislature – especially Senators Sarlo, Stack and Sweeney and Assemblymen Caputo, Mazzeo, Burzichelli and Brown – for coming together on this bipartisan legislation.”

Fantasy sports operators will be taxed at a rate of 10.5% of gross revenue that is received within New Jersey.

Darren Heitner the Founder of South Florida-based HEITNER LEGAL, P.L.L.C. and Sports Agent Blog. He authored the book, How to Play the Game: What Every Sports Attorney Needs to Know.