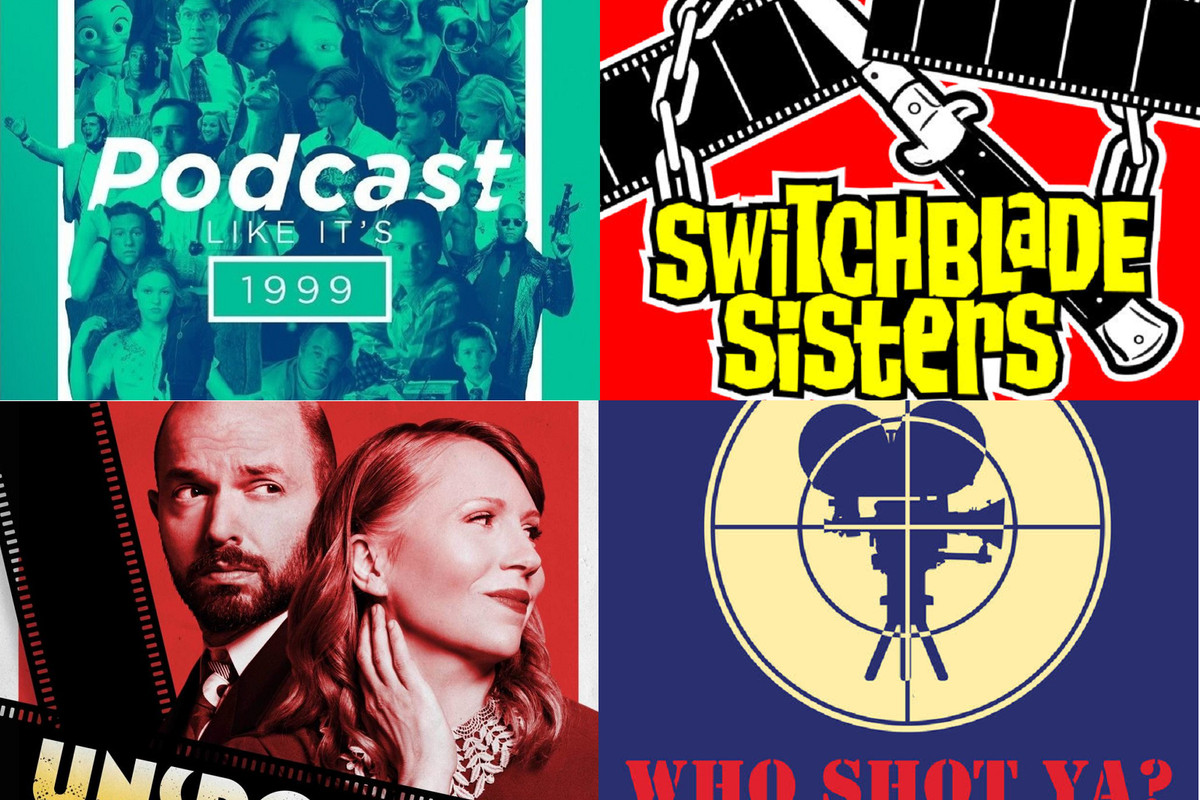 Few discussion topics lend themselves as well to the podcast format as movies.

The inherent, closed-off nature of movies — you spend two hours or so in the dark and get told a hopefully complete story — means that a podcast discussing them can pretty readily switch topics from week to week while still staying “on topic,” as opposed to, say, an episode-by-episode TV review podcast taking on the same show week after week.

There are, of course, hyper-minutiae-focused movie podcasts, like Star Wars Minute and its many minute-cast imitators. But most movie podcasts either take the tack of discussing recent releases in a way that opens up to discussing film history (like the long-running, venerable Filmspotting) or have central premises that allow for hopping and skipping through cinema’s past (as with my beloved Blank Check or The Next Picture Show, featuring Vox’s own Genevieve Koski). And the seemingly endless onslaught of bad movie podcasts from a few years back seems to have abated a bit, with more shows tackling cinematic high points.

My point is: If you’re a movie fan who likes intelligent discussion about films, from a wide variety of perspectives, podcasts are a great way to indulge.

Indeed, here are four that have launched in the past year that I have become deeply devoted to but which you may not have yet subscribed to.

Full disclosure: I’m friends with Podcast Like It’s 1999 co-host Phil Iscove, and I appeared on the (staggeringly terrific) Blair Witch Project episode. So take this opinion with a grain of salt, if you like, but I’ve enjoyed tracking the slow-building madness of Iscove and Kenny Neibart, both TV writers, as they make their way through every movie released in the United States in the year 1999, a great year for movies both terrific — Blair Witch and The Straight Story and Eyes Wide Shut — and truly, truly terrible (Wild Wild West, anyone?). Podcast Like It’s 1999found its groove remarkably quickly, as is notable in the episode in which Iscove and Neibart enter the studio hating Austin Powers: The Spy Who Shagged Me, the second of the Mike Myers-starring spy spoofs, then kinda sorta talk each other into liking the movie.

One of two podcasts on this list from Maximum Fun, Switchblade Sisters pairs the film critic April Wolfe with a new female filmmaker every week to talk about their favorite genre films. It’s a smart way to connect film’s past to its present, and the show has boasted a large collection of eclectic guests, including The Magicians’ Sera Gamble on Being John Malkovich, The Postscreenwriter Liz Hannah on Silence of the Lambs, and acclaimed director Karyn Kusama onNear Dark (in the series’ second episode, no less).

Wolfe is an engaging host, and she finds great guests. The selection of movies skews slightly toward horror, but if you’re a fan of sci-fi, fantasy, or crime thrillers, you’ll likely find something to listen to here as well.

If you’ve heard of any of the shows on this list, it will likely be this one, which launched on the popular Earwolf podcast network and boasts two co-hosts known for their work on other popular movie podcasts: comedian and actor Paul Scheer (of How Did This Get Made, among others) and critic Amy Nicholson (of The Canon). The two aim to watch all 100 movies on the AFI’s top 100 American films of all time list, which provides a nice balance between staples of the canon (the very first episode involves Citizen Kane) and movies that are easier to let slip through the cracks (like Ben-Hur, subject of the second episode).

Scheer and Nicholson have a relaxed chemistry, and the series features entertaining segments, like uninformed laypeople trying to guess what the movies under discussion are about. But it’s also dedicated to placing these movies in their proper historical context, as an engaging discussion about cinematography in the Kane episode highlighted. With just two episodes under Unspooled’s belt, it’s incredibly easy to get in on the ground floor of this one.

The film podcast world is filled with shows that boast panels of white guys talking at length about their favorite and least favorite movies. And if the hosts have good chemistry or funny things to say, that can be a lot of fun. (Hey, the first show on this list is a couple of white guys riffing on movies.)

But outside of the essential Black Men Can’t Jump [in Hollywood], it can be hard to find more diverse voices discussing movies, which is where Maximum Fun’s Who Shot Ya? (a vague spinoff of the old podcast Wham Bam Pow) comes in. Hosted by comedian Ricky Carmona, alongside critics April Wolfe and Alonso Duralde, the series offers discussion of recent hits through a prism not always represented in movie podcast world. The trio’s chats about movies ranging from Avengers: Infinity War to Three Billboards Outside Ebbing, Missouri have been wide-ranging, thoughtful, and terrific.