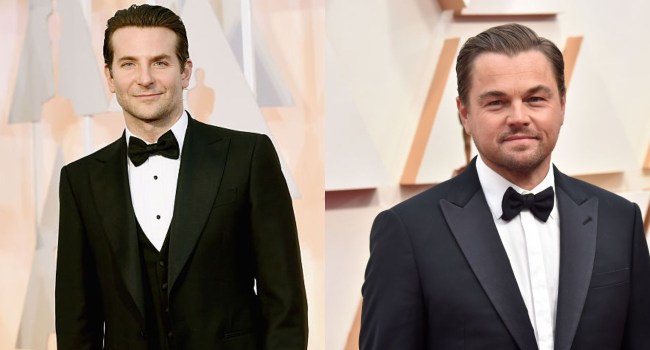 Bradley Cooper, star of The Hangover, The Silver Linings Playbook, A Star is Born and more recently admitted that he had some insecure feelings about taking on his role in Nightmare Alley.

Now, Nightmare Alley is the Guillermo Del Toro film that was recently released starring Cooper but back when the film was first announced it had a different actor attached. Deadline first reported in 2019 that Leonardo DiCaprio was attached to star in the film but later dropped.

Cooper was part of a conversation with actor Mahershala Ali for the series “Actors on Actors” and was quoted as saying:

Now this is a really cool and extremely rare look into the thought process of one of Hollywood’s elite. Again, Cooper is a deserving multiple time academy award nominee. He has that look, range, and charisma that makes him stand out as one of Hollywood’s elite so it’s surprising to hear him say that there are “guys that don’t hire him”.

Now, if you think about it for a second, Hollywood and the film industry is a pretty tight-nit community. When in LA you’ll learn that these film studios really aren’t all that far apart from each other on a map. Hollywood is High School and each film studio is a different lunch table. So basically, Bradley Cooper is telling me in my mind that when he walks in the lunch room nobody wants him sitting next to them. Since nobody wants to sit with him or hire him it’s like he just sat by himself somewhere and started making his own movies.

And then one day, after Leo got up from one table and went to another, they invited Bradley Cooper to the Del Toro crowd. After being invited, he wanted to see what it was like even though he found success doing his own thing.

That’s interesting with how Hollywood works and it makes me wonder why people aren’t hiring Bradley Cooper more often. I remember seeing screens from the movie Nightmare Alley and thinking this guy looks like Indiana Jones. I think he’s a good actor and I wouldn’t mind him getting more work and hopefully this is the start to see him more often.