Chinese Turn to Carpooling Apps to Get Ride Home for Holidays 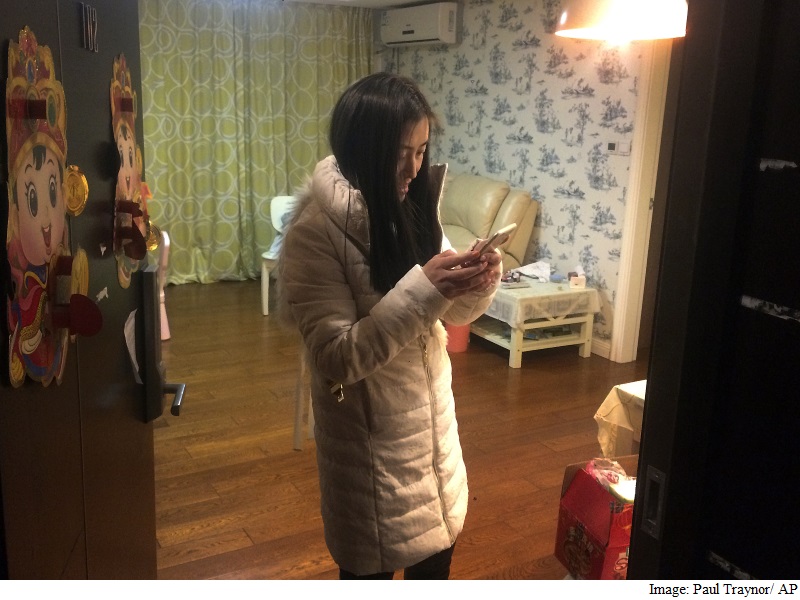 The hundreds of millions of Chinese heading home for Lunar New Year have a relatively new travel option this year: mobile apps to find carpool partners to share costs in what is a novel concept for most Chinese.

The apps give an alternative to pricey airfares and hard-to-score train tickets. Software developer Li Jin in Shanghai used one after he had to abort his flight plans because of last-minute work demands, and found that the only train tickets left going to his hometown in northwestern Shaanxi province were for expensive business-class seats.

“She said she still had a free space, so we agreed and now I’m using this way to get home,” Li said.

Li paid Chen 400 yuan ($60) for his seat home, roughly the same cost for a second-class train ticket for the same journey. He shared the ride in a BMW sedan with three other passengers, including a child.

The road trip through clogged highways was nearly 23 hours, twice the travel time of an express train, but Li said he appreciated the companionship.

“I think I will do the same for my return trip after the new year, because I get to know new friends, and it’s an experience,” he said.

Carpooling is still unusual in China, but government officials welcome the idea as a way to alleviate the enormous burden placed on the public transportation system during the Lunar New Year holidays, China’s most important vacation period when hundreds of millions travel to their hometowns. All told, Chinese will make a total of 2.9 billion trips this holiday season, and 2.5 billion of them will be by road, according to official estimates.

“We encourage car-pooling services that are not intended to make profits,” transportation official Wang Shuiping was quoted as saying by state media outlets. “We also remind that parties to the services must be clear on each side’s rights and obligations to avoid disputes.”

Leading the nascent inter-city carpooling market is Didi Chuxing, an Uber-like mobile car-hailing service that has been most commonly used for hailing city rides, but the company began to offer carpooling services for city commuters over the past year and, by the end of September, introduced car-sharing services for inter-city trips among 343 Chinese cities.

Users can pick the departure city and destination city and enter the desired date of travel to find private drivers with the same itinerary and an empty seat.

“We launched this matchmaking function to help us make this inter-city car sharing service another means of transportation alongside planes, trains and other forms of public transport,” Didi Chuxing spokesman Wang Mingze said.

Wang estimated that the platform would serve more than 1 million people by the end of the 40-day travel period.

Another player in the market is 58 Ganji Group, China’s largest online classified ad service, where users have been for years posting carpooling information and which also now has a mobile app. Huang Wei, a vice president, said the site expects to have more than 1 million posts for carpooling this holiday season, up from last year’s 700,000 posts, although the company does not track the completion rates.

“China does not have a carpooling culture yet, but you see a spike during the holiday season, when the demand goes up because people cannot secure train tickets and seek alternatives,” Huang said.

He said the routes posted in online classified ads conform to the migration patterns in China, where migrant workers flow from inner provinces to the more prosperous coastal provinces for work.

Didi Chuxing says it has purchased insurance for its users.

Bill Russo, an auto industry analyst at Gaofeng Advisory Company in Shanghai, said the app is another example how the technology is empowering the public. “It’s growing even more popular as an alternative to individual car ownership or public transportation.”

[“source-gadgets.ndtv”]
Apps Carpooling Chinese for Get Holidays Home Ride to Turn 2016-02-09
srijita
to in With for and of on India The Launched at Samsung Launch A iPhone Android Galaxy More Apple Rs New Be 7 Price Google