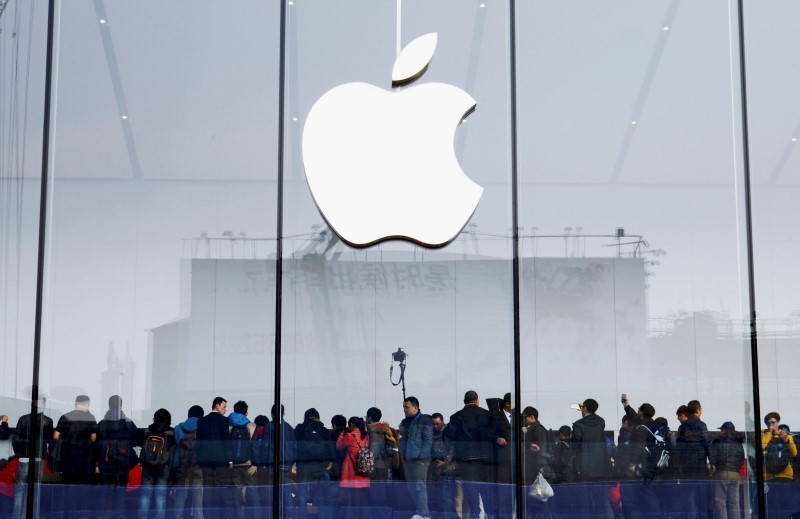 Tim Cook has picked a fight with the US government and Silicon Valley is joining his side.

From Google to Facebook, the industry’s biggest names rallied around Apple’s chief executive officer after he vowed to resist a court order demanding it help unlock the iPhone of a shooter in a terrorist attack. Cook described the request as an “unprecedented step which threatens the security of our customers” and called for a public debate.

The escalation with the FBI, which has been pushing for access to mobile devices since Apple tightened its encryption in late 2014, galvanized the company’s US peers and forced them to choose between helping the government fight crime and protecting their customers’ privacy. The decision in the Apple case could apply to the broader tech industry and it may spur requests from China and other nations that want similar abilities to access users’ encrypted content.

Reform Government Surveillance, a group representing companies including Google, Facebook, Microsoft and Twitter, issued a statement on Wednesday reiterating that, while it’s “extremely important” to deter crime and terrorism, no company should be required to build backdoors to their own technology.

“This particular case is a tricky one for anybody to oppose a government’s request on because it deals with not just a suspected terrorist, but somebody who is very clearly guilty of a heinous act,” said Jan Dawson, an independent technology industry analyst. “It’s a really tough case for anyone to jump in on Apple’s side.”

Cook took his stand after the Federal Bureau of Investigation won a court order to make Apple help investigators unlock an iPhone used by Syed Rizwan Farook, one of the shooters in a deadly December 2 attack in San Bernardino, California.

Google provides law enforcement access to data “based on valid legal orders, but that’s wholly different than requiring companies to enable hacking of customer devices and data,” Pichai wrote in a series of tweets. “Looking forward to a thoughtful and open discussion on this important issue.”

Ultimately, the matter needs to be decided by Congress, said Robert Cattanach, a lawyer at Dorsey & Whitney who practices in areas of regulatory litigation including cybersecurity.

“This is a classic legislative function, the courts aren’t really equipped to weigh the policies in the forum of a democratic society — what’s more important, protection against terrorists or protections against your privacy?” he said. “The tech industry sees this as the tip of the iceberg.”

Unlike the auto and financial industries, tech doesn’t have the same history of finding a common voice in Washington. Apple, for example, was well-known under co-founder Steve Jobs for choosing to stay on the sidelines on major issues in the nation’s capital.

That changed the past few years under Cook, who has boosted the company’s presence in Washington as its profile and expanding product lineup has attracted more government scrutiny. When President Barack Obama visited Silicon Valley last year for a summit on cyber-security, Cook advocated for protecting peoples’ privacy.

“While we believe the FBI’s intentions are good, it would be wrong for the government to force us to build a backdoor into our products,” Cook wrote Tuesday in a letter posted on the company’s website. “Ultimately, we fear that this demand would undermine the very freedoms and liberty our government is meant to protect.”

Even before the Apple legal fight, tech groups in Washington had been advocating for greater privacy protections.

Cuban, owner of the Dallas Mavericks basketball team, said there was a risk this one order against Apple could lead to many more in the future.

“While the FBI is attempting to be very clear that this is a one off request, there is no chance that it is,” Cuban wrote on his blog. “There will be many government agencies that many times in the future, point to Apple’s compliance as a precedent. Once this happens, we all roll down that slippery slope of lost privacy together.”