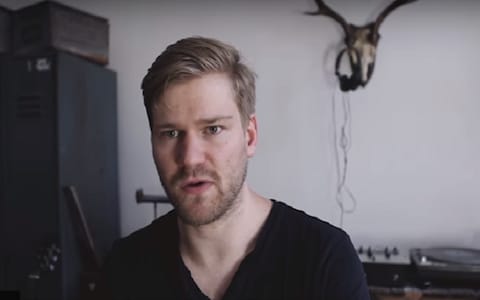 An artist has taken revenge on Twitter in a very public manner for the company’s alleged failure to delete racist and abusive tweets.

Shahak Shapira spray-painted a collection of hateful tweets outside the social media company’s offices in Hamburg, Germany, that he says the company has failed to remove.

The Berlin-based 29-year-old claims he has reported around 300 hate tweets to the social media platform, but that the majority remain.

In response to Twitter’s lack of action he chose 30 egregious examples to stencil onto the pavement outside its office.

Some of the tweets incited violence against Muslims, Jews and the LGBT community.

He said: “The statements I reported weren’t just plain insults or jokes but absolutely serious threats of violence, homophobia, xenophobia, or Holocaust denial.

“Things no one should say and no one should read. I have reported about 150 comments to Facebook of which 80 per cent were removed. It normally took one to three days.

“I have reported more than 300 tweets to Twitter. For that I have received only nine answers over the last six months. Each of them stating there was no violation of Twitter’s rules.

“That’s it. All other reports were left unanswered.”

Twitter has long been criticised for the way it deals with abusive tweets and been beset by a series of high-profile hate-speech incidents.

Last year actress Leslie Jones was subjected a torrent of racist abuse on the site after Ghostbusters premiered.

The social media platform has introduced features to help users filter out abuse and trolling, such as muting accounts without a profile picture.

However, it did say it has ramped up its efforts to clamp down on abuse saying it had removed twice the number of hateful accounts in the last four months alone.