Why Arun Jaitley Mentioned Rahul Gandhi In His Budget Speech 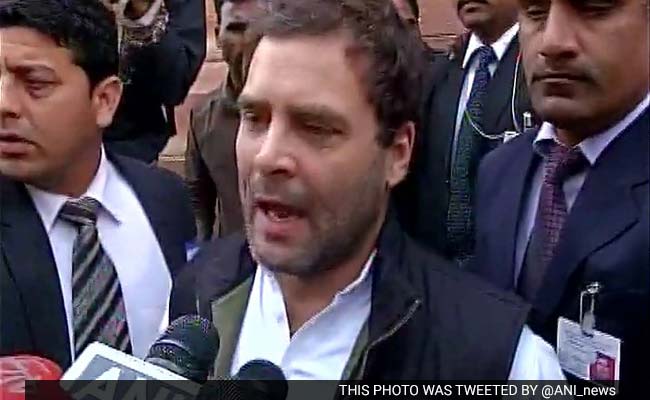 Rahul Gandhi had written to Arun Jaitley asking for tax exemption on Braille paper (File photo)
New Delhi: Presenting his Budget 2016, Finance Minister Arun Jaitley said today that he had accepted a suggestion from Rahul Gandhi, which led to smiles in the Opposition benches.

The Congress Vice President had written to the Finance Minister asking for tax exemption on Braille paper. Mr Jaitley said during his Budget speech that he had accepted Mr Gandhi’s suggestion. Rahul Gandhi tweeted his thanks.  Officials say import duty on Braille paper will be slashed as it will be included in the list of “assistive devices for differently abled”.

Sources say Mr Gandhi had written to the Commerce Ministry after a visually challenged college student approached him at the Mount Carmel College in Bengaluru, where he addressed students last year.