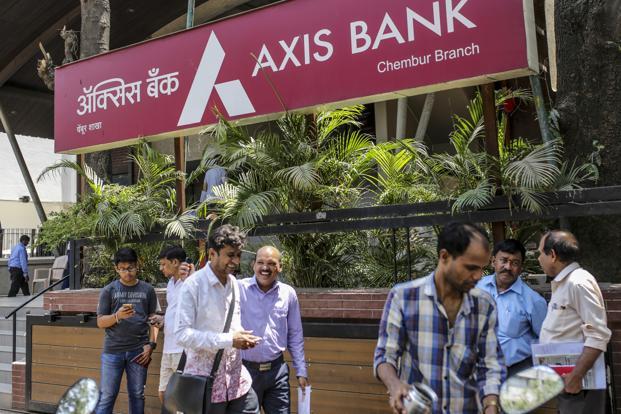 Sticking with financial stocks and not chasing returns has helped Axis Asset Management Co. to ride the wave of volatility in Indian markets that has hammered many of its competitors.

The Axis Bluechip Fund is up 25% over the past year, beating nine index funds and 35 other actively managed portfolios to the mantle of India’s top performing large-cap fund, according to data compiled by Bloomberg. Its biggest holdings – HDFC Bank Ltd., Kotak Mahindra Bank Ltd. Housing Development Finance Corp. and Tata Consultancy Services – have contributed more than three quarters of gains on the S&P BSE Sensex Index this year.

“Our portfolio tilt toward very high-quality stocks has helped us ride out the market volatility,” Shreyash Devalkar, senior fund manager at Axis, which has $12 billion in assets, said in an interview. The fund exited some smaller companies in December after a gush of inflows lifted valuations, he said.

Gains in Indian equities this year have been lopsided as investors sought safety in the biggest stocks amid headwinds from a brewing trade conflict and elevated prices of oil, India’s top import. A selloff in stocks of medium and smaller-sized companies was made worse by stringent margins requirements imposed in June. That’s left those smaller firms trading near the biggest discount to the Sensex in two years, according to Bloomberg data. 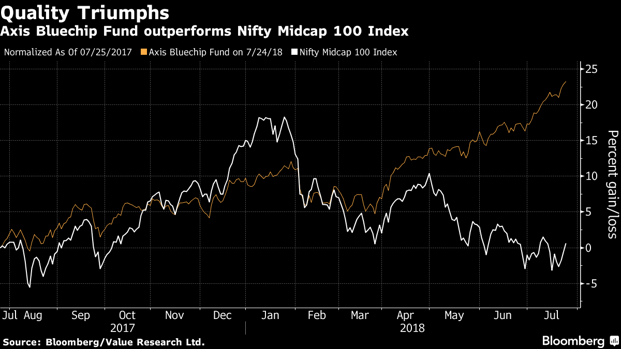 Axis expects a boost in government spending in India’s countryside ahead of next year’s general elections to benefit companies able to capture improved consumer demand. The government this month raised minimum assured prices for crops like cotton and rice to boost rural incomes and spending. “We are tracking earnings closely to see how consumer demand is panning out,” he said, without naming the stocks he’s watching.

The Sensex is up more than 8% this year, surpassing a previous all-time high reached in January, after turmoil in the first quarter dragged equities into a correction. Despite the rebound, volatility may remain elevated amid uncertainty over international politics and in the run up to next year’s national ballot, Devalkar said.

Rising crude prices and its impact on public finances remains a cause for concern, he said. Brent oil held above $72 per barrel, up about 45% from a year ago, fueling concern inflation will quicken. India is the world’s third-biggest oil user and relies on imports to meet about two-thirds of its fuel requirements.

Prior to his fund’s outperformance over the past 12 months, Devalkar’s fund lost about 3.6% in 2016 compared with a 3% gain in the NSE Nifty 50 Index that year.

[“Source-livemint”]
Axis bests Bluechip by Clear Fund? mid-caps Momentum of Rivals Staying Stocks 2018-07-31
Loknath Das
to in With for and of on India The Launched at Samsung Launch A iPhone Android Galaxy More Apple New Rs Be 7 Price Google