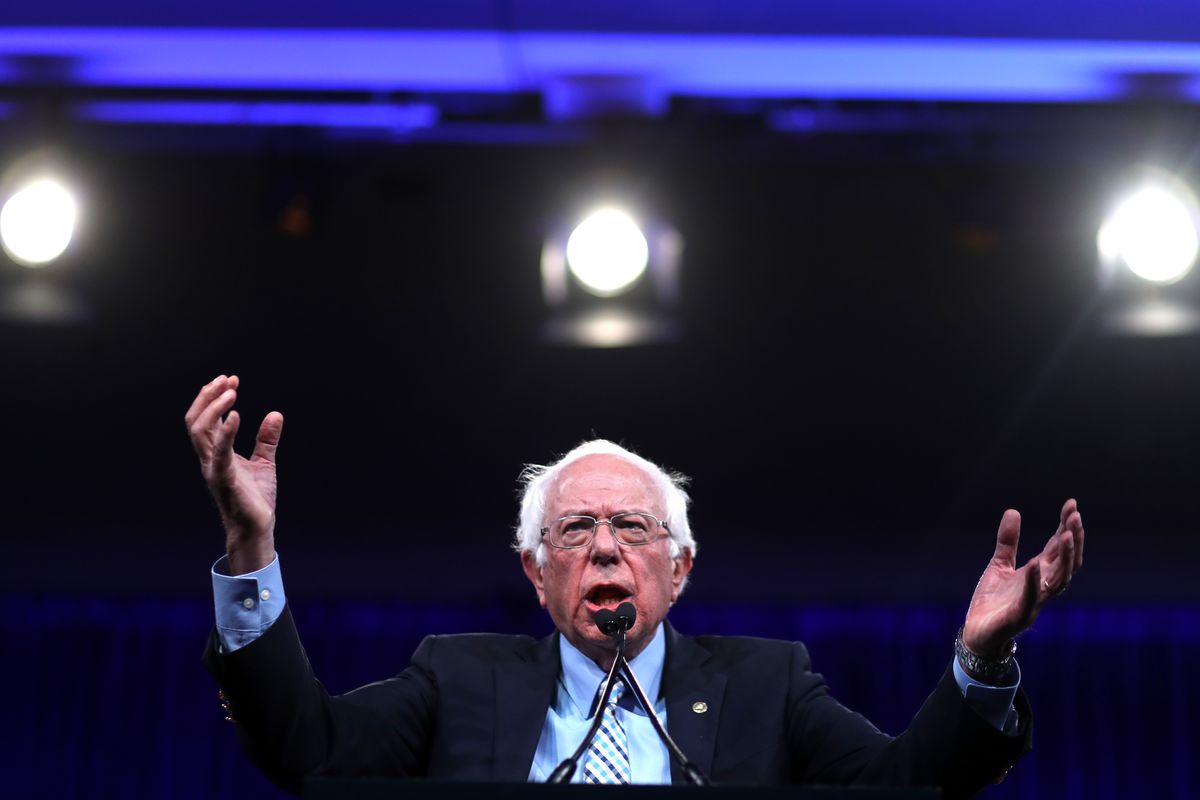 On Tuesday morning, Sen. Bernie Sanders (I-VT) unveiled a comprehensive plan to protect journalism, including revamped antitrust action against Facebook and Google and new collective bargaining powers for media companies. But Sanders also calls for a more ambitious idea that has been floating around left-wing policy circles all year: a tax on targeted advertising that would funnel money directly from tech giants to local newsrooms.

“We should consider taxing targeted ads and using the revenue to fund nonprofit civic-minded media,” Sanders said in an op-ed in the Columbia Journalism Review. “We must also explore new ways to empower media organizations to collectively bargain with these tech monopolies.”

Free Press, which first laid out the idea of a targeted advertising tax in February, applauded the announcement. “While companies like Google and Facebook dominate online advertising, too little money from all those clicks goes to support news production,” Free Press CEO Craig Aaron said in a statement. “It’s time for Silicon Valley giants to contribute their fair share and our proposed tax is the best way to collect.”

The idea of a targeted advertising tax has drawn support from unexpected corners, even outside the context of journalism. In May, Nobel Prize-winning economist Paul Romer made the case for a targeted ad tax as an alternative to conventional regulation, saying a progressively oriented tax — in which rates increase with the scale of the targeting — could encourage companies to explore alternatives like ad-free subscriptions. “Under this model, consumers know what they give up,” Romer wrote, “and the success of the business would not hinge on tracking customers with ever more sophisticated surveillance techniques.”

But many in the industry have been skeptical of the idea, arguing it would increase downstream advertising rates for Facebook and Google’s clients. “The tax idea that Mr. Romer floats would affect far more companies than Google and Facebook,” one ad-industry veteran wrote in response to Romer’s op-ed. “It would negatively impact the Boston Globe, and Pandora, perhaps even your favorite cooking blog.”

Much of Sanders’ op-ed was focused on specific economic challenges to journalism, particularly media consolidation. But the senator also called for aggressive antitrust action against Facebook and Google, specifically, to be carried out by the Department of Justice and Federal Trade Commission.

“When it comes to Silicon Valley, I will appoint an Attorney General as well as Federal Trade Commission officials who more stringently enforce antitrust laws against tech giants like Facebook and Google, to prevent them from using their enormous market power to cannibalize, bilk, and defund news organizations,” Sanders wrote. “Their monopoly power has particularly harmed small, independent news outlets that do not have the corporate infrastructure to fight back.”

A Advertising Bernie endorses Fund? Journalism Local Sanders Targeted Tax to 2019-08-28
Loknath Das
to in With for and of on India The Launched at Samsung Launch A iPhone Android Galaxy More Apple Rs New Be 7 Price Google