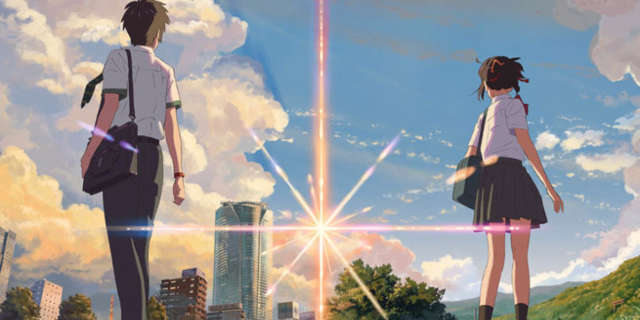 One of the most talked about anime last year, Your Name is finally available for fans to stream legally in the United States.

The full movie, complete with English subtitles, is available for rent or purchase on Google Play. The film is also available with either subtitles or a full English language dub for rental or purchase on Amazon as well.

If you aren’t familiar with Your Name, you should know that the film is the most successful anime feature of all-time. The film debuted in Japan in 2016 and quickly earned more money than any of Studio Ghibli’s iconic films, beating out Spirited Away to become the highest-grossing anime feature in the global market. The film is so popular that it is set to get a Hollywood live-action version. It was announced last fall that Star Wars director J.J. Abrams is making a live-action version of Your Name, news that revived concerns about whitewashing when it comes to Hollywood’s track record with anime, particularly with the less-than-positive reactions to Scarlett Johansson’s turn as cyborg heroine Major in Ghost in the Shell and the complete transplant of Death Note from Tokyo to Seattle complete with a nearly all-white cast.

For those who plan to stream Your Name, prepare to have your heart broken. Your Name is a beautiful, nostalgic love story between two star-crossed lovers. It follows two high school students after they discover they spontaneously switch bodies. Rather than panic, the pair find a way to work out their supernatural exchanges and begin to fall for one another. But, when the phenomena comes to an abrupt halt, the would-be lovers learn how cruel both fate and time can truly be.

For more about Your Name, you can read ComicBook’s review of it here.