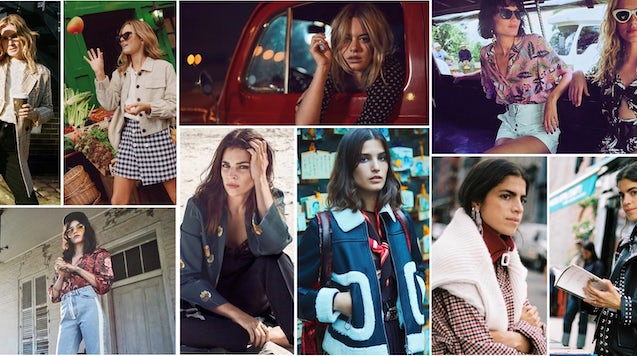 New York, United States — Rogers & Cowan is amping up its influencer expertise with the acquisition of ITB Worldwide, a London-based marketing agency that specializes in matching brands with celebrities and digital influencers.

Founded in 2008, ITB Worldwide established itself by orchestrating high-profile campaigns, such as Natalie Portman’s long-standing relationship with Dior and the Calvin Klein #MyCalvins series in 2015 starring Justin Bieber, among about 50 other models, musicians and it-girls. More recently, ITB worked on Mango’s recurring #MangoGirls campaign, which this season starred ManRepeller’s Leandra Medine and art-director turned influencer Sofía Sanchez de Betak. Other past clients include H&M, Gap, Lacoste, Converse, Avon and G-Star.

The terms of the deal were not disclosed. ITB will retain its name and continue to be led by co-managing directors Emma Gregson and Matthew Pitcher. ITB’s founding shareholders — including former ITB chief executive Emma Grede, Jens Grede and Erik Torstensson (the founders of Frame) and London agency Independent Talent Group — have exited as part of the agreement. In 2016, Emma Grede launched the denim line Good American with Khloe Kardashian.

“ITB brings us a global scope,” Rogers & Cowan chief executive Mark Owens told BoF. “I think that’s going to be a great compliment to the talent, music and influencer work that we already do, just with a completely different set of brands.”

In the world of entertainment PR, a new wave of publicists are breaking out of the industry’s largest firms and starting boutique agencies. For a large company like Rogers & Cowan (owned by Interpublic Group), its ability to offer clients a wider range of services — from content creation to licensing opportunities, the latter of which is a specialty for ITB — is a competitive advantage. In April, Rogers & Cowan announced the first project from its new content development and production arm: a video series entitled Click My Closet starring actresses and their stylists that is shoppable for viewers.

For an independent agency based in one city like ITB Worldwide, Rogers & Cowan provides greater leverage, says Gregson, adding that ITB will expand its showroom locations, which are bases from which the agency can gift product to VIP clients.

The definition of “talent” has also evolved, and anticipating those changes is part of what has differentiated ITB, says Gregson. “#MyCalvins was never billed as [an influencer campaign] when we originally did it,” she says. “We are nimble and reactive [to] the current landscape, and I don’t anticipate that changing.” ITB also now represents its own creatives, including designer Jonathan Saunders and Giovanna Battaglia, among others.