It was already rumoured that HTC would not launch its upcoming flagship, believed to be the HTC One M10, at MWC 2016. The company at the trade show unveiled some mid-range smartphones including the Desire 530, Desire 630, and Desire 825 instead. However, with LG, Samsung, Sony, and even Xiaomi showing their flagship handsets, HTC doesn’t want to be left behind. The company has tweeted a teaser for its HTC M10 smartphone.

The image in the tweet made on Wednesday shows nothing more than the chamfered edges from one corner of the device along with the hashtag #powerof10. Looking at the image and the history of the ‘One M’ series, the smartphone in question is likely to feature a metal body. The release date of the HTC One M10 handset remains an unsolved mystery. 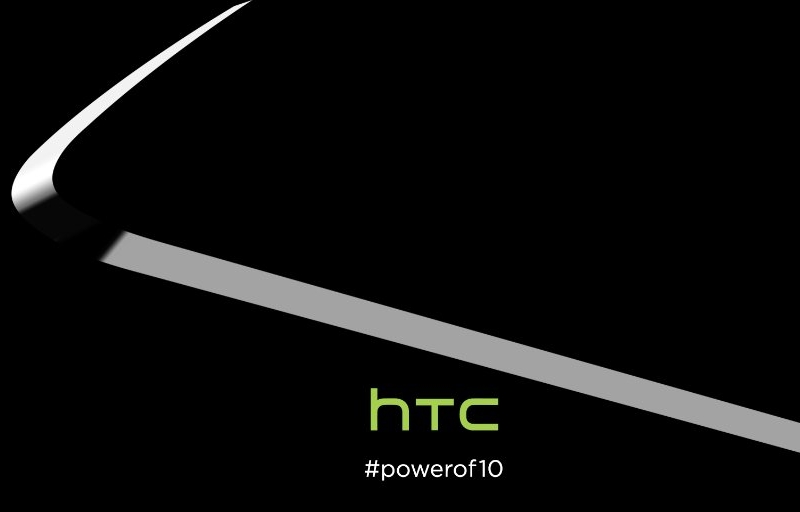 The One M10 has been leaked in images multiple times in the past. Last week, an image said to be showing the One M10 popped up online. The smartphone (also rumoured to be codenamed Perfume) in its White colour variant is seen featuring design that looks strikingly similar to the HTC One A9, which launched last year.

This is not surprising, as the company last year had revealed its intentions to bring the One A9’s design philosophy to other phones. The biggest noticeable difference in the One M10 however is the large front camera sensor. Much like the One A9, the One M10 is seen sporting a home button right below the display. The fingerprint scanner is also expected to be embedded into the home button. Corroborating an earlier leak, the One M10 in the image is seen to be ditching the dual front speakers powered by BoomSound.

Earlier this month it was tipped that the smartphone will sport a 12-megapixel Sony IMX377 camera sensor, with 1.55um pixel size, laser autofocus, and phase detection auto focus (PDAF) at the back. The front-facing 5-megapixel UltraPixel camera will be powered by Samsung s5k4e6 sensor. It is worth mentioning that the rear camera sensor is the same as the one used in one of the top-rated Android smartphones – the Nexus 6P.

Until now, we’ve heard the handset will be featuring a 5.2-inch QHD resolution display along with the Qualcomm Snapdragon 820. Also tipped is that the smartphone will be running Sense 8.0 skin on top of Android 6.0.1 Marshmallow.

[“source-gadgets.ndtv”]
Body Chamfered HTC M10's Metal One Teased 2016-02-29
srijita
to in With for and of on India The Launched at Samsung Launch A iPhone Android Galaxy More Apple Rs New Be 7 Price Google