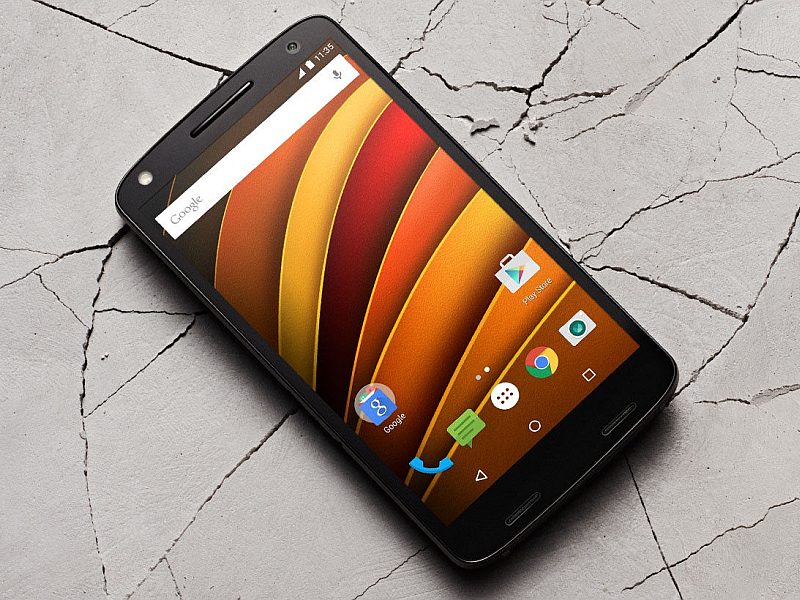 Motorola has launched the Moto X Force smartphone in India, with a starting price of Rs. 49,999 for the 32GB variant, and Rs. 53,999 for the 64GB variant. The smartphone will be available to purchase from February 8 via Amazon India, Flipkart, and physical retail stores (including Croma and Spice) in Black, Grey, and White colour variants.

The biggest highlight of the Moto X Force, which is an international variant of the Droid Turbo 2 made by Motorola for Verizon Wireless, is the ‘ShatterShield’ display. The company in October said that the display is made of an aluminium rigid core, flexible Amoled screen, and dual-layer touchscreen panels (redundancy in case one goes bad) – wouldn’t break into pieces even when dropped on a slab of concrete. Additionally, the smartphone comes with water-repellent nano-coating.

Motorola said that the display comes with 4-year replacement warranty in case of accidental damage.

For specifications, the Moto X Force features a 5.4-inch QHD (1440×2560) display; is powered by a Qualcomm Snapdragon 810 octa-core SoC clocked at 2GHz with 3GB of LPDDR4 RAM. It supports expandable storage option via microSD card (up to 2TB).

There’s a 3760mAh battery on board the Moto X Force, which in addition to a claimed battery life of 2-days with “mixed use”, also supports Quick Charging. It comes with a 25W charger.

On the photography front, the handset comes with a 21-megapixel rear-camera with an f/2.0 aperture and dual-LED flash and Phase Detect Autofocus, apart from a 5-megapixel front-facing shooter with flash and an f/2.0 aperature.