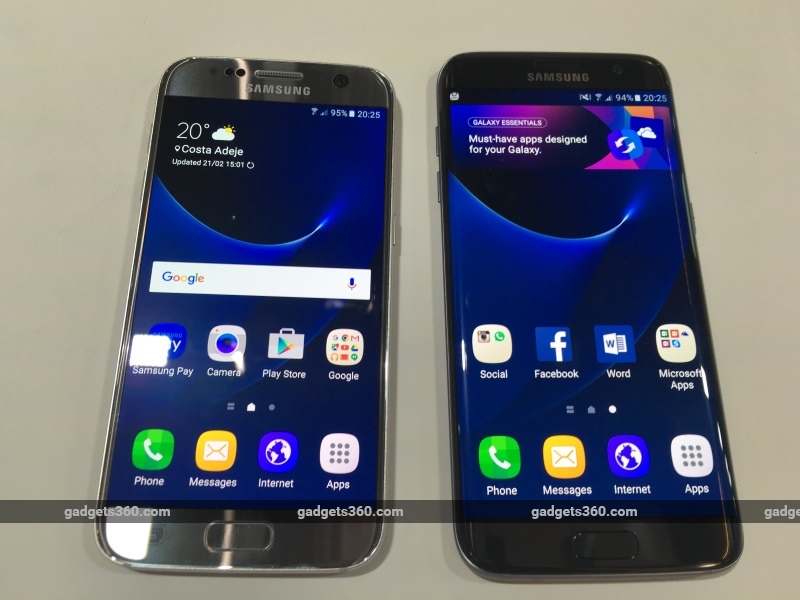 The Galaxy S7 and Galaxy S7 Edge come with a new Samsung Concierge service that’s available inside the My Galaxy app. The Samsung Concierge service comes with four key benefits: My Assistant (powered by Haptik) that will let customers order flowers, do Web check-in, set reminders, and use other services; Fast Track access at Samsung service centres; Phone Pickup & Drop with access to a standby device if your Galaxy S7 or S7 Edge need to be repaired; and Chat With Samsung customer support that will answer everyday question about your device like “How do I enable Hotspot?”. Samsung says all services will be available to Galaxy S7 and Galaxy S7 Edge customers free of cost, and it might be extended to Galaxy S6 and Note 5 customers at a later stage.

In terms of other specifications, the Samsung Galaxy S7 features a 5.1-inch QHD Super Amoled display, while the Galaxy S7 Edge packs a 5.5-inch QHD Super Amoled display. The always-on display lets users check notifications, time, and date without having to wake up the device. Both phones come with 4GB of RAM, a 12-megapixel ‘Dual Pixel’ rear camera with an f/1.7 aperture and smart OIS feature, as well as a 5-megapixel front camera with f/1.7 aperture.

[“source-gadgets.ndtv”]
Edge Galaxy in India Launched S7 Samsung 2016-03-08
srijita
to in With for and of on India The Launched at Samsung Launch A iPhone Android Galaxy More Apple Rs New Be 7 Price Google