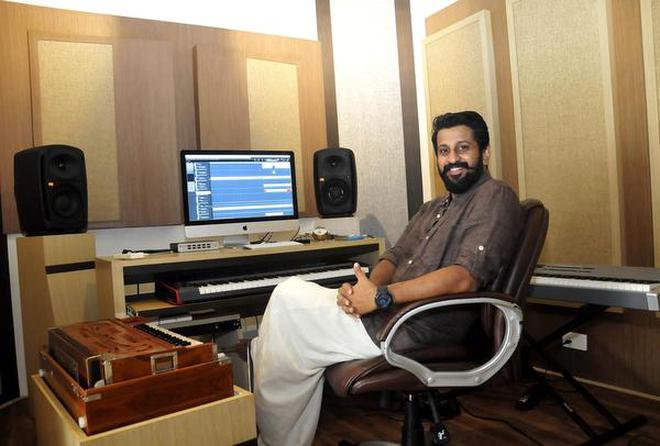 Job Kurian’s creative space is a pantheon to the greats of popular music. Photographs of AC/DC, Coldplay, Sting, Eagles, Beatles, Avial, Iron Maiden and Alt J look down from the wall near an iron staircase that leads to the terrace of Job’s house at Vattiyoorkavu.

But for the cane furniture, the partially covered terrace has a minimalistic decor with a thulasi thara and a lantern. A pair of rabbits in a cage look on as we step out on the terrace. That is when an antique bell catches my attention. “I bought this from Chala market…I had used it in my song, Padayatra. It had the perfect scale for the song!” he says.

A glass door from the terrace opens into a small corridor that leads to his studio. More photographs fill the walls. “Besides my extremely supportive parents, these are the people who made me the musician I am today,” he says. 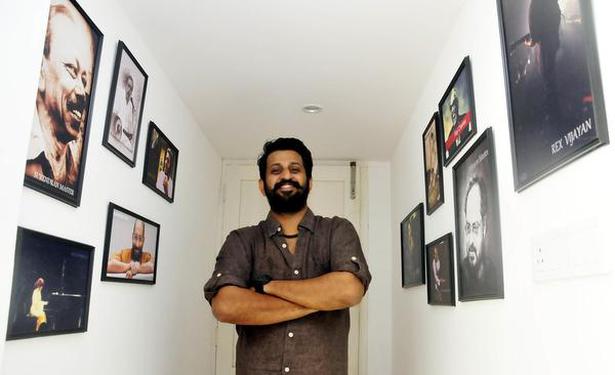 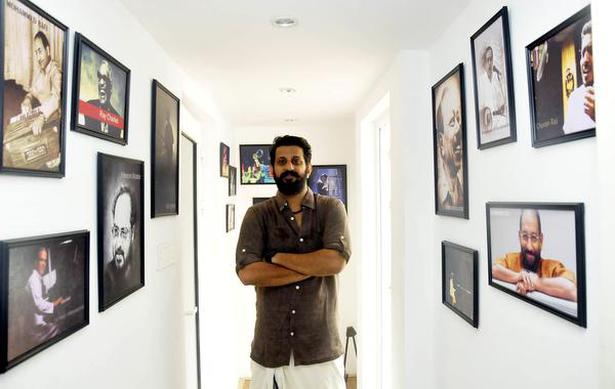 “When I walk into this corridor, it is as if these people are watching over me from both sides… they are with me always. The vibe I feel is indescribable,” he says. As I wonder what Sachin Tendulkar’s photo was doing among those, he says, “I adore him and according to me he is also an artiste.”

Soothing shades of beige, grey and light brown are the colours in his studio. In addition to a computer, mikes, piano, head phones, harmonium and a few other gadgets, there are some books as well. “They are books with music notes that I bought from the US. There are notes of songs by Coldplay, Eagles and Beatles, besides jazz standards,” says Job.

Job says that it was Rex who advised him to design a studio. “I made this studio two years ago. Before that I used to jam in my own room on the same floor. I thought that was enough. But Rex kept on telling me about the importance of having a space of my own. He said that it is a once-in-a-lifetime investment. My friend Brijith Madhavan has done the acoustics,” he says.

After debuting as a composer with his friends Charan and Yakzan with the album, Thalam, he scored for the Malayalam movie, Rasam. He has also been composing tracks for Music Mojo on Kappa TV, under Job Kurian Collective.

And it was in this studio that he saw the fruition of another dream, Hope, a project close to his heart. Enthavo, the first track of Hope, has already garnered rave reviews and the second one, Mulla, will be released soon.

Talking about his working schedule, Job says he enjoys working at night. “But I can’t sit cooped up in one place. Sitting in this room, when I look out on to the terrace, I can see the thulasi thara and the lantern. I wanted it that way and my cousin, Job Thomas, an architect, designed it accordingly. The two props elevate my mood.

“The thulasi thara has been placed in such a way that I can see it from my studio, my room and all the entrances to this terrace. My two close friends have a thulasi thara in their homes and having spent a lot of time there I had decided that I would have one in my house also. I like the taste of the leaves. I take good care of the plant. It has not withered away, may be it loves me a lot!” Job says.