Small business owners can reap the benefits from offering a 401k 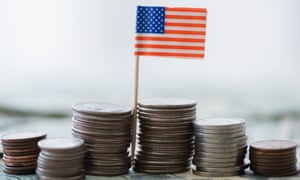 It’s been a big week for retirement plans.

On Tuesday, the powerful House ways and means committee unanimously – yes, unanimously – passed a bill that would have a big impact on how employees save for retirement with big incentives for small business owners who help them.

The bill would allow small businesses to band together for the purposes of negotiating better fees when offering 401k accounts. It would also create a new $500 tax credit for businesses that set up plans with automatic enrollment and allow long-term, part-time workers to join these plans. There are additional provisions that make both individual IRA and 529 plans (a tax-advantaged plan that encourages saving for education) more attractive.

That’s the good news for businesses and individuals. But there is some bad news to report.

On Thursday, two Democratic senators, Chris Coons and Amy Klobuchar, also introduced a separate bill that would require businesses to pay at least 50 cents into an employee’s retirement plan for every hour worked in exchange for a “tax credit” for a portion of those contributions. According to another CNBC report, the Coons/Klobuchar initiative would also raise the corporate tax rate by two percentage points to 23% as well as increase the individual rate at the highest level back to 39.6%.

But don’t worry, my right-of-center friends: I do not expect that the Coons/Klobuchar bill – even if passed by the Democratic-controlled House – to make much headway in the Republican-controlled Senate.

Regardless, the moves in Congress are encouraging. It’s good to see more incentives for small businesses to help their employees save for retirement. But it does, for me, raise a question: should we be needing that help?

Apparently so. That’s because, according to a 2017 survey from the Pew Charitable Trusts, only 53% of small to mid-sized businesses (those with five to 250 employees) offer a retirement plan. That astounds me. Why?

Because setting up a 401k plan is extremely cheap and easy. In fact, many financial service providers I know will set up a plan like this for almost no charge. It’s not because they’re generous. It’s because they’ve got an eye on their investment fees over the long term. Good for them. And good for the small businesses that do this. Small businesses shouldn’t need incentives from Congress to offer a retirement plan to their employees. The benefits for doing so should be obvious.

For example, a simple 401k plan will – if you do a good job educating them – enable your employees to put enough money away so that they don’t come back to you in the future with their hands out. Don’t think that will happen? Yes, it will. I’ve seen this story play out dozens of times at my own clients where older employees who haven’t saved turn to anyone who can help them when they realize that their “golden” years are actually more like copper. Unfortunately, their employers have no choice but to pitch in.

Finally, you need to do this to compete. Although healthcare still remains the most popular employee benefit, retirement plans are among the most other requested. People do realize that there’s a retirement crisis looming and savings accounts are woefully underfunded. Offering a 401k plan and even making an annual contribution as a form of bonus is a great way to incentivize your existing employees and attract new ones.

So it’s good that Congress is moving forward with positive changes to our retirement plans. It’s just a shame that so many business owners need incentives from the government to do something that’s so obviously beneficial for themselves and their employees.