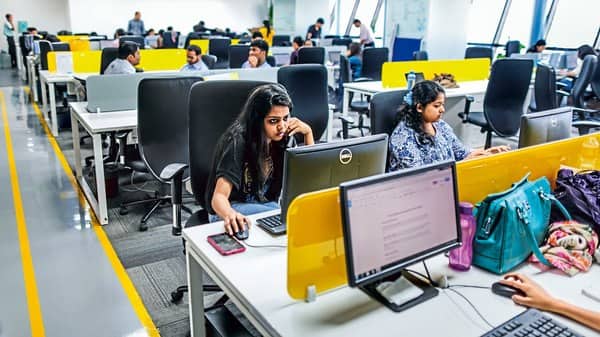 Bengaluru: In a major boost to thousands of startups in India, the Narendra Modi-led National Democratic Alliance (NDA) government announced a host of incentives to “release the entrepreneurial spirit” in the words of India’s first woman finance minister, Nirmala Sitharaman.

These include a TV programme exclusively for startups, easing foreign direct investment rules into startup segments like grocery, e-commerce and food delivery, proposing a host of enhancements to the digital payment systems ecosystem that would help fintech startups, incentives for electric vehicles that would help EV startups, and ensuring that startups do not feel the heat of angel tax from I-T authorities.

To begin with, the government will launch a new TV programme on national broadcaster Doordarshan, exclusively for start-ups in the country, which will serve as a platform to match venture capitalists with emerging start-ups. The TV program will be designed and executed, and directly run by startups themselves, Sitharaman said.

The minister has also proposed 100% FDI in insurance intermediaries, a classification that most digital insurance start-ups fall in. Apart from this, the government has also allowed 100% FDI in single-brand retail and proposed removing the 30% local sourcing norms. Analysts that Mint spoke to say that startups like Pepperfry, Urban Ladder, HomeLane, Livspsace and others who operated offline singe brand stores will also be benefitted from the new proposals.

Additionally, the finance minister announced several measures to streamline labour laws, education, and rental housing segment which will have a direct impact on startups in the country. The finance minister said labour laws will be modernized into a set of “four labour codes” in order to “standardize registration and filing of returns and reduce disputes”.

Standardisation of laws subsequent to the streamlining into four labour codes, is expected to reduce litigation and disputes, according to Jiger Saiya, Partner/ Tax & Regulatory Services, BDO India LLP.

The ‘Stand up India’ scheme, launched in 2016, to support entrepreneurship among women and marginalized segment of the society, will be further extended during the entire period of 2020–25, the finance minister said.

“To further encourage women entrepreneurship, Women SHG Interest Subvention Programme to be expanded to all districts in India,” Sitharaman said during the budget speech.

Sitharaman also proposed a reduction in goods and services tax and income tax rates applicable for electric vehicle makers and owners respectively in the country, which is likely to be considered as welcome move for EV makers like Ather Energy, Her Electric, among others.

Start-ups will not be subjected to any kind of scrutiny in respect to share value premium. A mechanism is also being put in place for e-verification, Sitharaman said. Even the valuation of Category II AIF funds (Real estate funds, private equity funds (PE funds), and funds for distressed assets are registered as Category II alternate investment funds, or AIFs) will be out of I-T scrutiny, the finance minster proposed in her Budget Speech.

2019: Boost Budget Get in Major Startups 2019-07-07
Loknath Das
to in With for and of on India The Launched at Samsung Launch A iPhone Android Galaxy More Apple Rs New Be 7 Price Google