Last night, Google unleashed its first stable release of Android 11 for pixel smartphones. While other manufacturers like OnePlus and Realme are still pushing out Android 11 beta for their users. However, Oppo is working in progress to unveil the Color OS 11 based on Android 11 on September 14. Google is expecting to collaborate with more branded partners to ... END_OF_DOCUMENT_TOKEN_TO_BE_REPLACED 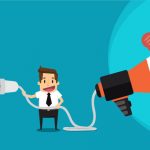 Blog Marketing can be the best tool that can give you maximum results with much lesser budget and it’s the best option for Mid & Small Scale Industries. Through your blog you can easily reach to your target audience and make them aware of your brand. It’s the most budget friendly way to promote your business to online users and ... END_OF_DOCUMENT_TOKEN_TO_BE_REPLACED 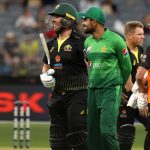 An in-form Pakistan will take on Australia on Thursday evening in the second semi-final of the 2021 ICC Men’s T20 World Cup at the Dubai International Stadium. Ahead of the start of the game, cricketer-turned-commentator Aakash Chopra came up with satirical video to preview the match. The video of Chopra’s unorthodox and entertaining preview was posted on Koo. The 59-second clip starts with Chopra describing what ... END_OF_DOCUMENT_TOKEN_TO_BE_REPLACED

NEW DELHI: The Centre has launched a skill-mapping exercise of the citizens returning to the country under the Vande Bharat Mission. Called SWADES (Skilled Workers Arrival Database for Employment Support), the joint initiative by the ministries of skill development & entrepreneurship, civil aviation and external affairs aims to create a database of qualified citizens so as to tap their skill ... END_OF_DOCUMENT_TOKEN_TO_BE_REPLACED 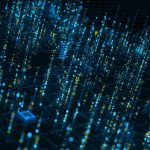 Ads seamlessly integrated into the Facebook Feed, carefully customized to each user’s usual content. Instagram story ads popping up naturally as you swipe through your friends’ stories. Acquiring digital ads today is arguably much easier than it was in the past. With the exponential rise of technology and the increasing digitization of companies worldwide, the process of buying and selling ... END_OF_DOCUMENT_TOKEN_TO_BE_REPLACED

Omar Abdullah and Mehbooba Mufti (L-R) Aday after wide criticism of “reasons” of ground of detention for “Public Safety Act” (PSA) slapped against two former Chief Ministers, the Jammu and Kashmir authorities have put out clarification on Public Safety Act (PSA) denying alleged “frivolous grounds” saying some part of the leaked document were for internal use. This comes after leaked ... END_OF_DOCUMENT_TOKEN_TO_BE_REPLACED 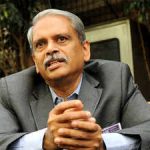 KOCHI: Infosys co-founder and Axilor Ventures Chairman Kris Gopalakrishnan on Friday made a strong case for startups to think of Initial Public Offering (IPO) in order to tackle the fund crunch situation and provide longevity to their fledgling enterprises. “Startups are hesitant to do IPO, which is not difficult. My biggest issue with the startup ecosystem today is that they are not doing an IPO. Let ... END_OF_DOCUMENT_TOKEN_TO_BE_REPLACED

CPI Rajya Sabha MP Binoy Viswan (Photo credit: ANI) Communist Party of India (CPI) Rajya Sabha MP Binoy Viswan on Tuesday gave a suspension of business notice in the Upper House under rule 267, over the Jawaharlal Nehru University (JNU) protest. The matter blew out of proportion last week at the university campus after a clash broke out between the ... END_OF_DOCUMENT_TOKEN_TO_BE_REPLACED

What is the most effective way for a brand to reach its consumer? And what defines how they build not just effectiveness but rather do so with authenticity in the consumer’s life? This is the number one question in the marketers’ mind set. And there was a time this was done in a simpler and wider form through just print ... END_OF_DOCUMENT_TOKEN_TO_BE_REPLACED

MUMBAI: Top broadcasters are reducing the a la carte price of each of their flagship general entertainment channels to Rs 12 per month from Rs 19 as a festive offer even as the sector regulator is reviewing its new tariff order. Zee Entertainment EnterprisesNSE -1.02 % (ZEE) on Friday dropped the MRP of six of its GECs – Zee TV, Zee ... END_OF_DOCUMENT_TOKEN_TO_BE_REPLACED