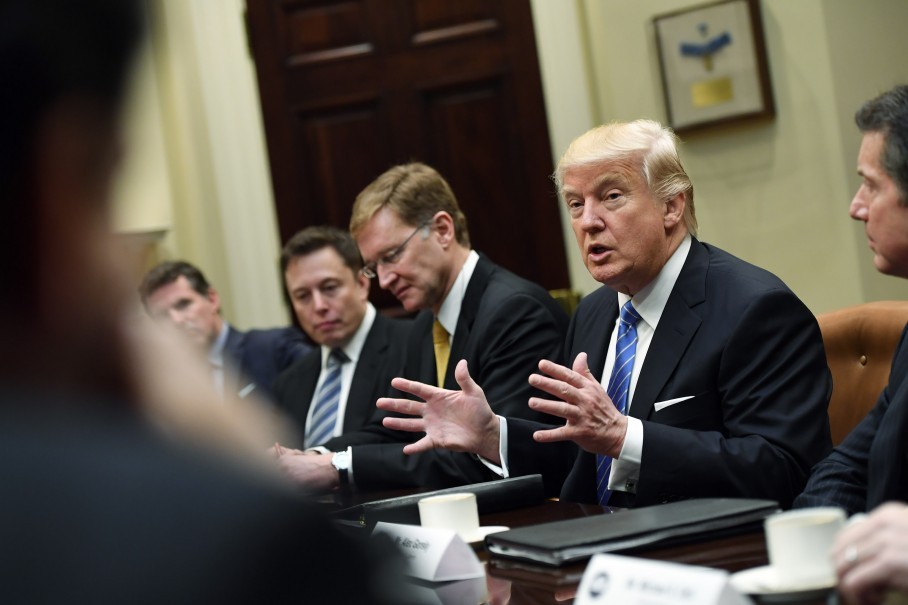 President Donald Trump congratulates House Republicans after they passed legislation aimed at repealing and replacing ObamaCare, during an event in the Rose Garden at the White House, on May 4, 2017, in Washington, D.C.

The Trump administration said Monday that it will dismantle part of the Affordable Care Act that created online insurance marketplaces for small businesses and tried to foster a greater choice of health plans for their workers.

Moving to end the ACA’s small-business enrollment system by 2018 represents the first public step by the Health and Human Services Department to implement an executive order President Donald Trump signed his first night in office, directing agencies to ease regulatory burdens of the health-care law.

In starting with the Small Business Health Options Program, or SHOP, the administration is targeting an aspect of the ACA that has been troubled from the outset and never lived up to its proponents’ expectations. As of early this year, federal figures show, nearly 230,000 people were covered through SHOP health plans – a fraction of the 4 million that congressional budget analysts had predicted as the small-business marketplaces began in 2014.

Although that means relatively few Americans will be directly affected by the decision, its symbolic impact is large.

The specifics of the impending change are a work in progress, and federal health officials said Monday that they plan to propose a new federal rule to take effect in January. The basic idea is to narrow, but not eliminate, the federal website for small-business insurance so that companies could still go online to apply for government tax credits under the law. However, they no longer would use that website to select health plans. The site instead would show the names of available insurers and tell companies to deal directly with brokers of the health plans.

“We’re still working out the details on that,” said a senior official at HHS’ Centers for Medicare and Medicaid Services, who spoke on the condition of anonymity about decisions that have not been finalized. “The goal here is to reduce the burden,” he said, noting that the current method is cumbersome for insurers.

The official said the announcement was made now because insurers selling ACA health plans are deciding this spring and summer whether to continue next year.

Kevin Counihan, chief executive of the ACA’s HealthCare.gov during the Obama administration, said it’s unclear whether the 2010 law allows the Trump administration to legally make such a change. The law’s language is vague on whether the small-business part of the law must mirror the enrollment system for people buying coverage on their own, he said.

“The irony in some of this,” Counihan said, is that “they’ve now added more steps in the goal of being simpler” – because businesses would need to use two websites, one to check whether they qualify for ACA business tax credits and another to work with a broker or an insurer.

The SHOP exchange has long been troubled. The separate marketplaces for businesses with 50 or fewer employees were intended to correct difficulties that many such companies had encountered with insurers because their size made it difficult to spread out the risk if an individual worker had high medical costs. As a result, small companies were much less likely to offer a choice of health plans or any coverage at all.

But the Obama administration was late in building the SHOP part of HealthCare.gov. Officials also postponed an ACA requirement that workers in small businesses be offered a choice of health plans. “Arguably, it never took off in the first place,” said Sabrina Corlette, a research professor at Georgetown University’s Center on Health Insurance Reforms.

And even before Trump took office, Corlette said, the Obama administration had begun unraveling the SHOP exchanges through a late 2016 rule change: It removed a requirement that health plans with many people enrolling in the ACA’s individual marketplaces also had to sell coverage plans in the small-business marketplaces.

A spokeswoman for America’s Health Insurance Plans, the industry’s main trade group, said Monday that the further changes the Trump administration is planning “will simplify the enrollment process for small groups in many states.”

But John Arensmeyer, chief executive of the Small Business Majority, condemned the idea of ending the online enrollment and requiring business to go to a broker or insurer to get coverage.

“Forcing small employers to make this extra effort just to enroll in SHOP will make it likely that SHOP usage dwindles to little or nothing,” he said, calling the plans “just one more example of how the Trump administration would rather undo key parts of the Affordable Care Act.”