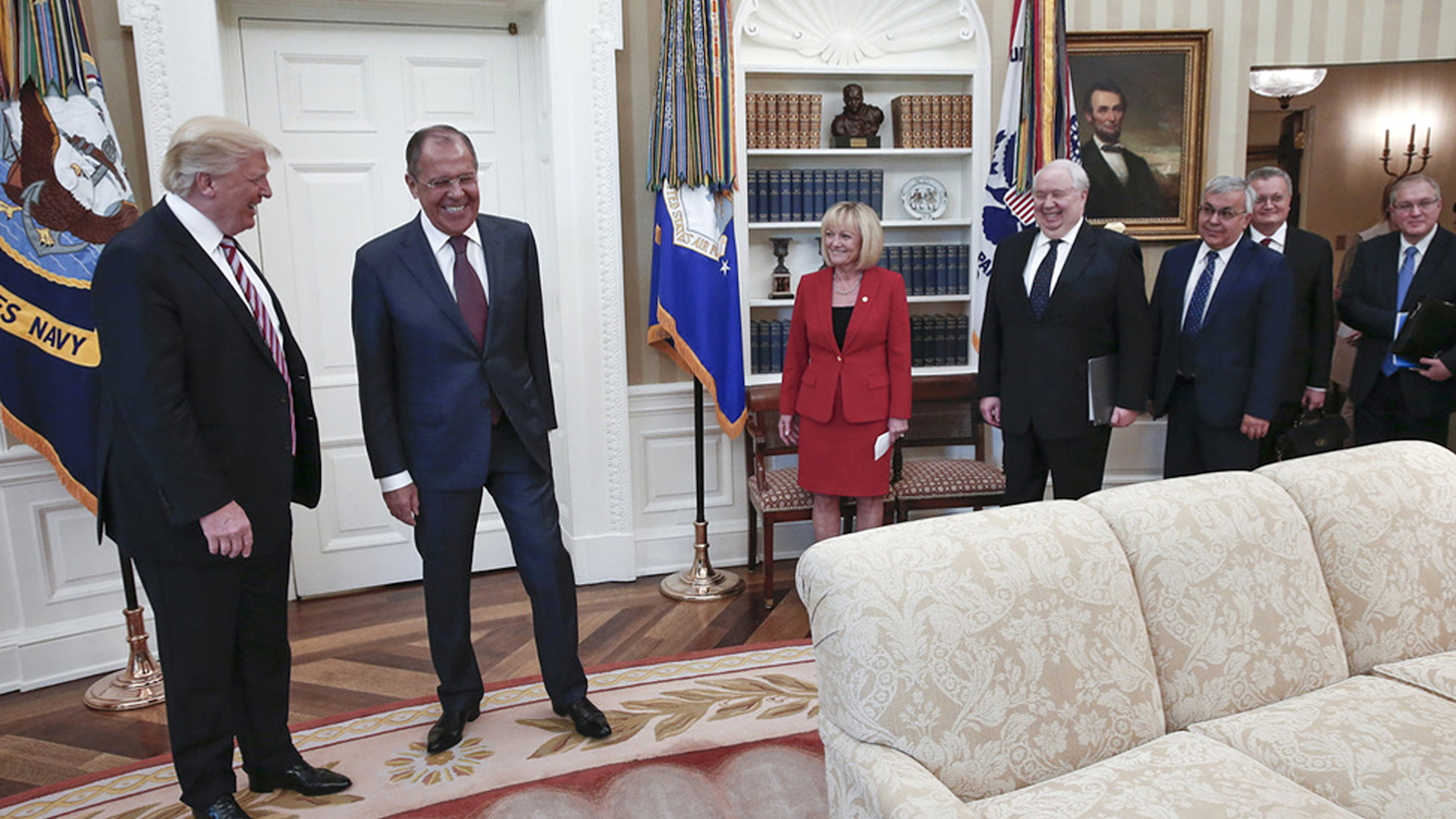 When you’re a billionaire, it isn’t easy to be a convincing underdog. Yet Donald Trump pulled it off in 2016 by constantly telling voters that he was going to prove wrong a national press corps that doubted his ability to win the White House.

He did win, which led to tweets like the one below and proclamations like this one from his chief strategist, Stephen K. Bannon: “The elite media got it dead wrong, 100 percent dead wrong.”

The Washington Post reported Monday evening that Trump divulged highly classified information to Russian diplomats in an Oval Office meeting last week, a lapse that jolted the White House into damage-control mode. One U.S. official told The Post that the president “revealed more information to the Russian ambassador than we have shared with our own allies.”

None of this answers questions about whether Trump’s campaign team colluded with the Kremlin to meddle in the presidential election, but it reinforces the underlying suspicion — that Trump might secretly and inappropriately exchange sensitive information with Russia.

As The Fix’s Aaron Blake noted, it also affirms worries expressed in the media about Trump’s temperament.

The specifics of which media narratives Trump confirmed are almost secondary; the problem for his political brand is the mere fact he is confirming media narratives, at all.

It’s becoming a bad habit. The media said The Wall won’t happen, and Trump failed to secure funding from Congress (which is supposed to be reimbursed by Mexico) in a budget deal struck last month. The media said Trump’s campaign rhetoric about China was reckless, and he has softened considerably as president. The media said repealing and replacing the Affordable Care Act would not be nearly as easy as Trump made it sound, and he has reached the same conclusion in office.

“Nobody knew that health care could be so complicated,” the president said in February.

Actually, somebody did. Lots of people, in fact — including many in the press.

The Post’s Philip Bump has pointed out that Trump has a safety valve here: “Republicans and Trump supporters consistently tell pollsters that they trust Trump more than they trust the media.”

In other words, Trump has put himself in such a strong position that he will probably have to prove the media right many more times to significantly erode his base of support.

But reports like the one broken Monday night by The Post’s Greg Miller and Greg Jaffe could eventually cause damage, if they keep coming.