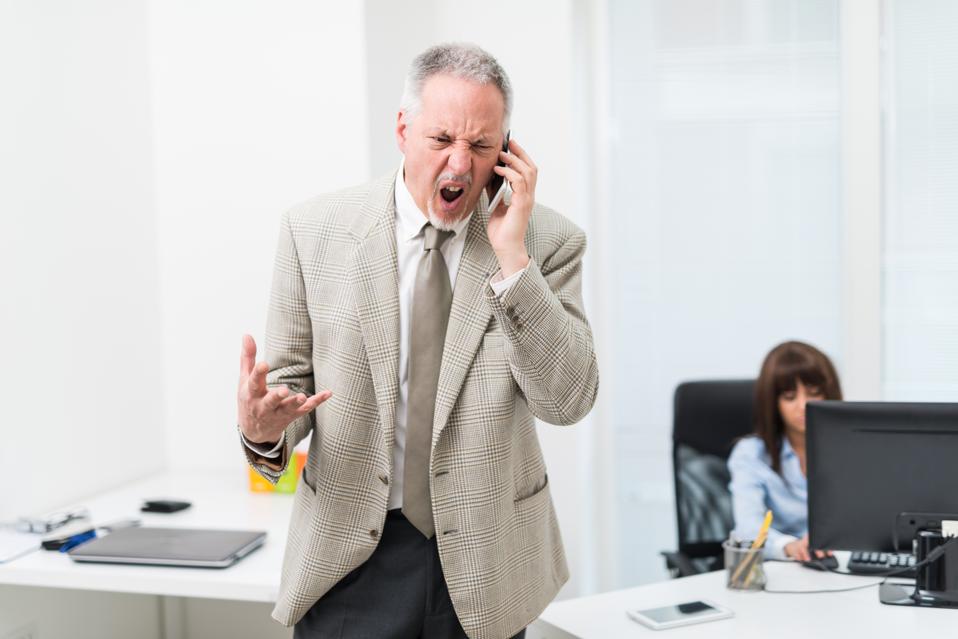 I recently received a job offer for a Marketing Analyst job. Last night I decided to turn it down.

I was conflicted about the decision. The job pays more than any job I’ve held so far. The people were friendly enough but every time I visited their facility (three times total) I saw and heard more disturbing signs about their culture.

On my first visit people were joking and laughing about an employee who had recently been fired. They called him a loser. They didn’t care that I heard them. It was almost like they wanted me to join in and laugh about the poor guy who got fired.

On my second visit a VP came into the conference room where I was being interviewed and said “Nice to meet you, Elias! I’ll just call you Fresh Meat, that will make things easier!”

You write about loud, self-absorbed business jerks and this guy fit the mold perfectly.

The VP seemed like a moron but everyone was laughing and smiling at him. It was unbelievable how my two interviewers stopped cold to flatter the VP until he left the room.

Later on the same visit, I heard that VP screaming at someone over the phone, right in front of everyone.

I think the culture at this company is obnoxious, judging from my interactions with the half-dozen people I met there.

I also checked LinkedIn and found a shocking number of people who worked for the company for less than a year. The Glassdoor reviews are mixed. Some people have terrible things to say about the company but other people defend it.

I opted not to join them. Is there any point in explaining why? I’m supposed to talk with the company recruiter the day after tomorrow. I haven’t told her yet that I’m not taking the job. If I decide to share my constructive feedback, I’d rather do it over the phone than in an email message.

Like I said, I was conflicted about my decision last night but when I woke up this morning, it was crystal clear that the company is toxic  and there’s no way I want to work there.

Thanks Liz — your advice is invaluable.

Subscribe To The Forbes Careers Newsletter
Sign up here to get top career advice delivered straight to your inbox every week.

The internal recruiter cares about one thing: Is my work on this job opening finished, so I can move on to something else?

Send her an email message:

I hope your week is going well. I want to thank you for being so helpful throughout the recruiting process for the Marketing Analyst position. I’ve decided to go in a different direction and I wanted to let you know right away so you can focus on other candidates. Thanks again Rebecca, and all the best to you and the team!

It is not your job to teach the recruiter or the managers in that company what they’re doing right or wrong. Each of us is on our own path. If your hiring manager (the person who would have been your boss, had you accepted the role) reaches out to you then you can decide how much information to share with him or her about your decision — if any.

In your situation many people stick with a safe explanation like “Your offer was very compelling but I have some other irons in the fire that I believe are closer to what I’m looking for right now. If you’d like, we can stay in touch.”

My guess is that after you email the recruiter, you won’t hear another peep. Why should they care about you? The VP told you everything you needed to know about the culture.

What’s the point of telling the company recruiter that the VP is a blowhard punk? You think she doesn’t know that already?

Life is long. There is seldom any benefit to criticizing a person, company or recruiting process no matter how much you might feel that the recipient of your feedback would benefit from it.

Somebody who was impressed with you might leave the company next week, remember your name and recruit you to join them. I’ve seen it happen countless times.

People in fear react in predictable ways. One fear reaction is to band together against outsiders — like the fellow who got fired from his job, creating merriment among the remaining team members.

For all we know, every one of them might be afraid they’ll be fired next!

Say silent thanks to the VP who wanted to call you Fresh Meat. It’s so much nicer to avoid working with toads and weasels than to land in their midst by accident!