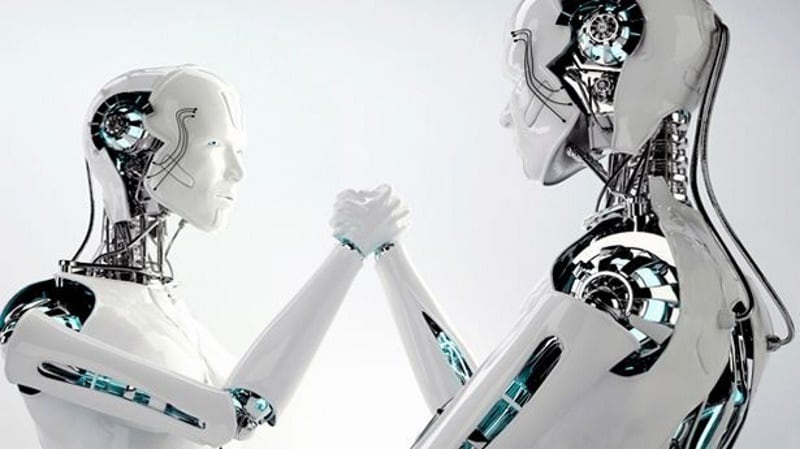 With two words – “Team Afghanistan” – the crowd assembled in the stands at DAR Constitution Hall erupted into a deafening roar Sunday as the teen-aged girls made their way onto a sprawling stage, waving their country’s flag and donning head scarves in matching colors.Their triumphant entrance on the stage Sunday at the FIRST Global Robotics Challenge marked the end of a long and uncertain journey to the US. As of last week, their dream of traveling to what has been billed as the “Olympics of Robotics” had been shot down when their visas were denied, despite two grueling trips from their home in Herat to Kabul for interviews with the US State Department.

But after their plight made international headlines, President Trump intervened at the last minute to grant the girls passage to the US, and they arrived Saturday.

Standing in the busy hallway of Constitution Hall, while her teammates tinkered with the robot nearby, Fatemah Qaderyu said she was elated to finally make it here from her hometown in Herat, in western Afghanistan. The 14-year-old wants to study computer science when she gets older.”We feel really good that we can show our talents here,” said Fatemah. She said she hopes to show the world what girls like her are capable of: “Afghanistan is not just a place of war. Afghan girls can build robots and compete in global competitions.”

The three-day competition draws teams from 157 countries – and some multinational teams representing continents. One group – Team Hope – is composed of refugees. FIRST has long hosted competitions in the US, but this is the first year it is hosting an international competition. The team representing the US is composed of three girls, who marched into the auditorium for the parade of nations to the Woody Guthrie song “This Land is Your Land.”

[These girls have built robots since they were toddlers. Now they’re competing on a world stage.]

The international nature of the competition came with complications. Besides the girls from Afghanistan, the team from Gambia also had issues with their visas, according to the Associated Press, before their applications were also ultimately approved. Because of sanctions, Global FIRST was unable to ship a robotics kit to Iran, where a group of teenagers was awaiting the parts to build a robot.

That might have spelled the end of the team’s shot of going to the world championships. But the organization introduced them to a group of teen-aged robotics enthusiasts at Marshall High in Fairfax County, Va. calling themselves Team Gryphon. The team in Iran sketched out blueprints on the computer and sent the designs to their counterparts across the ocean, and then corresponded over Skype.

Sunday, the team flew the Iranian flag at their station next to the flag of Team Gryphon – a black flag with a purple silhouette of the gryhpon – as a sign of their unlikely partnership. For Mohammadreza Karami, the team’s mentor, it was an inspiring example of cooperation.

“It’s possible to solve all of the world’s problems if we put aside our politics and focus on peace,” Karami said.

Kirsten Singer, a 16-year-old rising junior at Marshall High, said she wanted to didn’t want the team to be locked out of the competition just because of the sanctions.

“Everybody should be able to compete . . . and to learn and to use that experience for other aspects of their life,” Singer said.

[“Source-gadgets.ndtv”]
'Girls Afghan After Competition Delays for Reaches Robotics Team US Visa 2017-07-19
Loknath Das
to in With for and of on India The Launched at Samsung Launch A iPhone Android Galaxy More Apple Rs New Be 7 Price Google