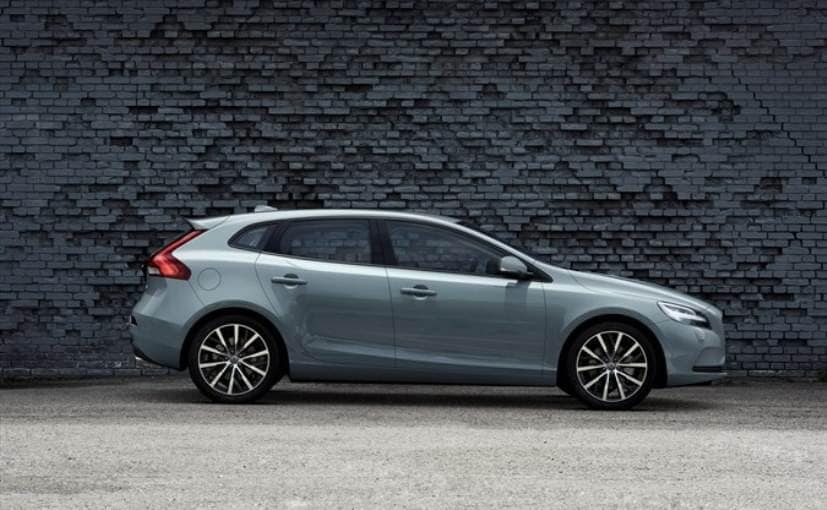 Swedish carmaker, Volvo, today revealed the upcoming facelifts of its popular V40 range that includes the V40 luxury hatch and V40 Cross Country. The cars feature Volvo’s new design language and will make their public debut at the 2016 Geneva Motor Show. According to the information we have received the facelifted Volvo V40 and V40 Cross Country will comes to India by late 2016 or early 2017.Starting with its exterior looks and design, the new updated Volvo V40 comes with a number of style additions that further uplifts its premium persona. One of the key updates that will be the centre of attraction is the new grille meshes featuring the updated and more visually striking Volvo Iron Mark. Among other major updates, Volvo has also equipped the V40 facelift with the carmaker’s new ‘Thor’s Hammer’ headlights, which we earlier saw in the new generation Volvo XC90. Another feature that the V40 has borrowed from the XC90 is the new ‘rank marks’, which visualises trim levels and variants and a total of eight new wheels across the V40, R-Design and V40 Cross Country models. The new Volvo V40 comes in five colour options including the completely new Amazon Blue and Denim Blue along with the standard Bursting Blue, Mussel Blue and Luminous Sand.

For the interiors the updated Volvo V40 takes cues that can be seen award-winning Volvo Concept Estate. The car gets new upholstery design called City Weave which will be complimented with a new Charcoal/Blond steering wheel option. Some other style additions include new interior panel trims, accent trim colours in the door inserts with contrasting stitching, and a black headliner among others. The car will also come with Volvo’s CleanZone technology ensures that outside air is effectively filtered before entering the cabin, removing harmful pollutants that are increasingly common in large urban areas.

One of the key technological features that will be offered with the V40 facelift is the new Volvo ‘On Call’ smartphone app. With the app now you can use your smartphone to remotely access and control a wide range of in-car features, receives a substantial update. The delivers wearable connectivity (Apple Watch/Android Wear) and now Microsoft Band 2 connectivity, enabling voice-control for certain features when using Windows 10-based smartphones. Another interesting feature of the On Call app is that it comes with Flic button compatibility that lets you program a single physical ‘smart button’ to perform several tasks, such as lock your car or to start/stop pre-heating and more.

Revealing the car, Bjorn Annwall, Senior Vice President, Sales, Marketing and Customer Service at Volvo Car Group said, “The V40 is the best-selling Volvo model in Europe and the second-most popular Volvo model globally, making it a very important car for the company. With the updates for model year 2017 we make this already very successful model even more attractive to customers in the segment.”

[“source-auto.ndtv”]
at Be Facelift Geneva Motor Revealed Show to Unveiled V40 Volvo 2016-02-25
srijita
to in With for and of on India The Launched at Samsung Launch A iPhone Android Galaxy More Apple Rs New Be 7 Price Google