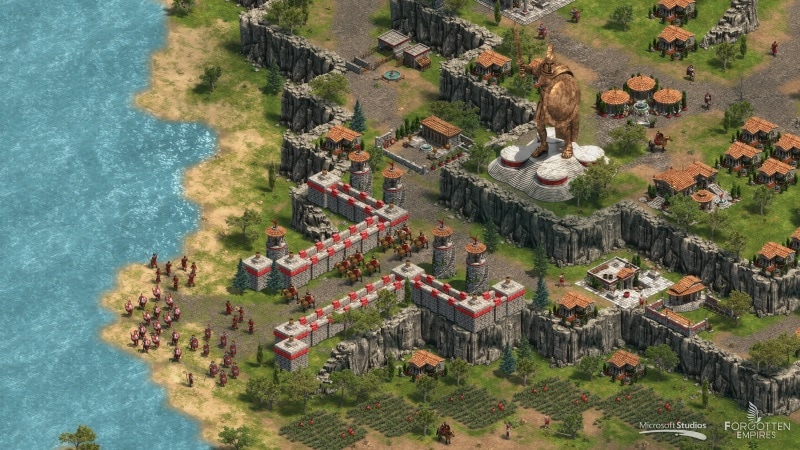 In terms of visual fidelity, video games might have taken giant leaps in last two decades but very few games can match the nostalgia of playing Age of Empires on old-school computers back in the day. Seems like this nostalgia will soon be getting a resolution fix as at E3 2017 in the US on Monday, Microsoft announced during PC Gaming Show that the remastered version of the game – called Age of Empires: Definitive Edition – will be coming to Windows 10 PCs later this year in UHD.

Age of Empires: Definitive Edition will allow users to play the real-time strategy game from Microsoft Studios in up to 4K resolution and will feature upgraded art assets and a brand-new narrative. The remastered version of the game will feature hundreds of new as well as rebuilt sound effects.

In terms of game modes, Age of Empires: Definitive Edition will come with both single player and multiplayer modes. Additionally, there will be a classic mode that will provide users with the gameplay from the original series. Gamers will be able to play all the civilisations from the original Age of Empires and the Rise of Rome expansion as well, as per a post by game developer Forgotten Empires.

The game will be coming later this year but those who are interested can join the beta via the Age of Empires: Definitive Edition official website. Interestingly, Microsoft mentioned that this announcement is just a start and it will be rolling over to company’s Gamescom event, where some more information will be shared regarding the franchise. In all likelihood, this can be considered as a tease for the next entry in the game series.

[“Source-ndtv”]
4K Age Beta Coming Definitive Edition Empires: of Open Signups Support This With Year 2017-06-14
Loknath Das
to in With for and of on India The Launched at Samsung Launch A iPhone Android Galaxy More Apple Rs New Be 7 Price Google