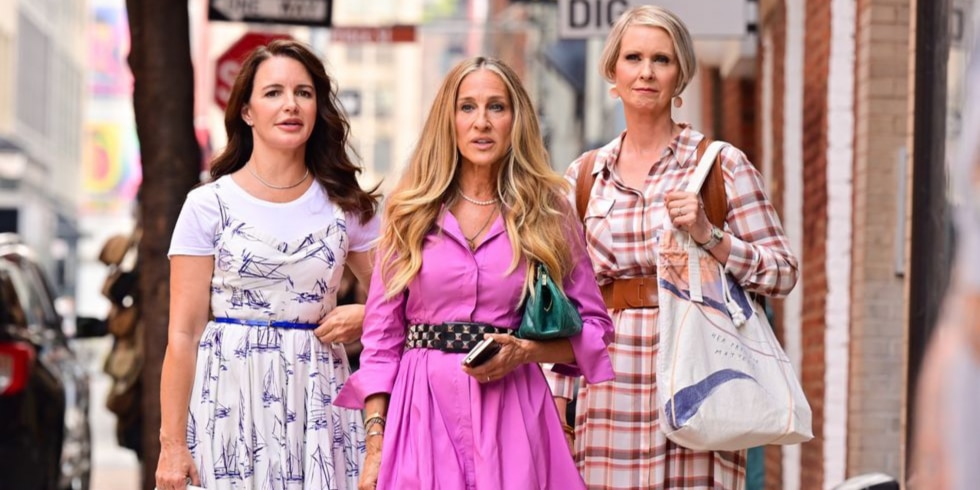 Sex And The City revival series And Just Like That has officially broken the internet – in ways both good and bad. For every fan positively *thrilled* to have their favourite characters back on screen, there’s an unhappy viewer who feels SATC’s return just didn’t quite do the show justice.

But wait! There’s another group, too: those who are not only watching And Just Like That for the first time, but have never seen Sex And The City before, either, who feel stuck right in the middle of the polarised responses.

Controversial, I know, but, confession time: I’d never watched a second of Sex And The City before tuning into And Just Like That. Not even the films. Despite understanding its culture significance and zeitgeist-defining storylines, it somehow managed to stay on the outskirts of my radar – partly because I (potentially incorrectly) thought the show was outdated, and also because it felt too overwhelming to embark on from scratch.

Truthfully, in a SATC lineup, I could’ve only named Carrie.

Fast forward to 2021, and along comes And Just Like That: a condensed 10-part series offering me the perfect opportunity to dip my toe into the world of SATC. Admittedly, it felt a bit like peer-pressure at first; people were furious at the thought I hadn’t seen the original show. “Surely this person doesn’t exist?” someone guffawed. And hey, I feel their fury – like when I hear of Americans who think ‘Year 3000’ is a Jonas Brothers original song.

Yet, despite the fact AJLT was undoubtedly aimed at original SATC fans thanks to the nostalgia, beloved outfits and apartments, I, a novice, was hooked. Where will Miranda and Che’s relationship go? Will Carrie find happiness? And how do things end between Nya and Andre? New York, fashion, glamour = the perfect escapist comfort blanket.

And perhaps that’s just it. Because Sex And The City was never my original comfort blanket, I’m able to lean into and enjoy the revival for what it is. I had zero expectations, no previous attachments to the characters, and no idea of how much they have or haven’t changed.

For those who were fans of Sex And The City originally, it’s not quite as simple. There have been complaints about everything – from the outcome of Miranda and Steve’s relationship, to those who say the show has lost its spirit.

As a result, social media sometimes feels like the people enjoying AJLT the most are those who’ve come to it with a totally clean slate. One newbie, 18-year-old digital PR executive Luke, told me why he loved the show. “It covered death, new relationships and motherhood whilst retaining humour,” he says. “There’s honestly something quite engaging … And just like real friends, there are so many layers to unravel.”

“As a novice viewer, I can honestly say I’ve been surprisingly hooked”

What’s more, the revival has meant that some viewers feel compelled to head backwards and start Sex And The City for the first time. “I feel as though it is my civic duty to,” says Louisa, a 27-year-old business owner and fashion lecturer. “I want to see why AJLT has gone down like a lead balloon for the most part … by comparing the two.”

The new show seems to illustrate what is so often the case with the dreaded “res”: reboots, revivals, reunions. They’ll always be disappointing, because we come to them wearing rose-tinted glasses, carrying all the nostalgia and expectations from the original show we love so much. We saw similar with the (arguably anticlimactic) Friends reunion, and it’s often the same when bands reunite.

With that in mind: original SATC fan Rebecca, 29, a podcast host, writer and publicist, has actually avoided watching the new show all together. “I hate when iconic shows do a reboot,” she confesses. “It just doesn’t work! … SATC is a classic and you can’t change that.”

So, nostalgia aside, maybe it’s time to just take And Just Like That for what it is: a fun, lighthearted look at friendships and love in later life. Sex And The City left some pretty huge Manolos to fill, so any reboot was probably always going to fall a bit short – but that doesn’t mean we can’t enjoy it in its own right.